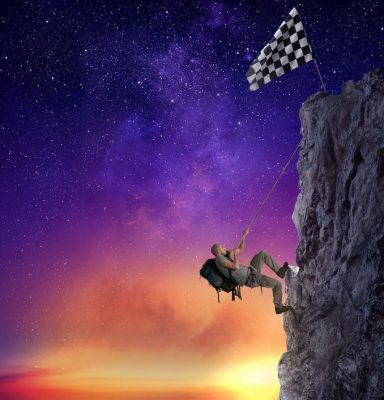 Ben Graham’s tome The Intelligent Investor still sells over 100,000 copies a year as investors of all stripes look to learn the value-investing way. But as Warren Buffett once said, value investing is “is simple, but not easy”.

The truth is, the vast majority of investors will never be able to become value investors as defined by Ben Graham for the reasons outlined below. This is not a critique, but rather an exercise in illustrating the many components of a value investing approach and mentality. While the list below is by no means exhaustive, it captures some of the central tenets behind what Graham believed contributed to successful value investing.

1 -Be an independent, critical thinker: Graham encouraged investors to think for themselves. In his mind, an “intelligent investor” wasn’t the smartest guy in the room, but instead one that used a fact-based methodology and was able to control his or her emotions. Wall Street Journal columnist Jason Zweig, who updated and provided commentary for the 3rd edition of The Intelligent Investor, neatly summarizes, “The components that are needed in the character of an intelligent investor are patience, independent thinking, discipline, eagerness to learn, self-control, and self-knowledge”. By being an independent thinker there is a good chance you won’t be influenced by the consensus and will come to your own conclusion based on facts. The vast majority of investors rely on others to form their opinions, and so-called market experts are busy giving their daily market predictions. Graham preached forming conclusions based on the cold, hard, numbers and believed that following the advice of forecasters was a bad idea.

2 – Maintain a contrarian mindset: Seth Klarman, founder of the value-oriented investment firm Baupost Group, called value investing “a marriage between a contrarian and a calculator.” For Graham and most deep value investors the contrarianism comes through in buying value stocks, which are often stocks that investors are negative on for one reason or another. Look at the top names driving the market today like Google, Amazon, Facebook and Netflix –these may be great companies, but they are the furthest thing from the type of unloved stocks that would fit the mold of being contrarian. As a contrarian, you have the chance to find opportunities that may be mispriced, where the market has potentially overreacted and become too negative but you will likely need to endure significant pain to get there.

3 – Accept the future as unknowable: Former Defense Security, Don Rumsfeld, once said, “… as we know, there are known knowns; there are things we know we know. We also know there are known unknowns; that is to say we know there are some things we do not know. But there are also unknown unknowns – the ones we don’t know we don’t know.” Graham understood the future was unknowable and that investing in the stock market came with uncertainty. He wrote, “The future itself can be approached in two different ways, which may be called the way of prediction (or projection) and the way of protection.” By staying away from predicting and focusing on protection, Graham gravitated toward stocks of companies that were so cheap that even if the future was worse than expected, there was limited downside in the price..

4 – Find a margin of safety: Buying shares of companies that had a “margin of safety” was a central concept in Graham’s investment approach. This margin of safety was intended to provide some downside protection in the event that future profits deteriorated for one reason or another. Because Graham believed that the future was highly unpredictable and that the earnings power of firms were also highly variable, he favored stocks of companies that could be bought at or below their liquidation value. To determine the liquidation value, he would take a firm’s current assets (cash, cash equivalents and some of the liquid inventory) and net out the liabilities (Graham called these qualifying stocks Net-Net stocks). This formula effectively gives you the price a buyer would pay to in an event of a liquidation. For those companies valued below this level, it is implied that there could be upside (as other investors realized the value or as the business turns around) and also a limited downside. [Note: For those interested in this Net-Net concept, there are two very good articles here and here.]

5 – Be willing to put in the work: If you’ve ever picked up The Intelligent Investor, you know it’s a daunting book – over 500 pages in small-type font. Security Analysis, Graham’s first book, was even longer at 725 pages. The thoroughness in the books reflect Graham’s thinking that to fully educate yourself on the markets and investing takes lot of time, work and effort. Todd Combs, one of the portfolio managers hand-picked by Warren Buffett to manage part of Berkshire Hathaway’s public market investments, said earlier in this year that his daily work schedule is “literally just reading about 12 hours a day.” The bottom line: investing takes a lot of time, energy and continuously learning, and it’s difficult for many to have the patience or interest in pursuing what takes to become knowledgeable on the markets.

6 – Think like a business owner: In Berkshire’s Hathaway’s 2013 Annual Letter to shareholders (see excerpt from Fortune here) Warren Buffett wrote about two small real estate investments he had made — an investment in a farm in Iowa and building in New York City. Both have proved to be profitable investments, as Buffett points out, but his main objective in sharing this information was to emphasize the importance of considering asset purchases, such as stocks, more like buying a piece or all of a business. Buffett writes, “Stocks provide you minute-to-minute valuations for your holdings, whereas I have yet to see a quotation for either my farm or the New York real estate.” The concept of looking at stocks as pieces of businesses was something Graham emphasized continuously, and Buffett credits Graham for helping him think of investing as a business owner rather than just a stock certificate holder. In The Intelligent Investor, Graham wrote, “Investment is most intelligent when it is most businesslike … every corporate security may best be viewed, in the first instance, as an ownership interest in, or claim against, a specific business enterprise.” Although they should, most investors will never think of investing this way.

7 – Maintain discipline and a systematic process: Graham specifically promoted a “quantitative” approach to investing. A quantitative method provides more protection in Graham’s mind because it offered a disciplined, unemotional way to buy a group of value stocks that over time would have the potential to perform well. “Qualitative” investing approaches, according to Graham, involved forecasts and predictions, which he believed represented a speculative way to invest that would lead to poor results. In chapters 14 & 15 of The Intelligent Investor, Graham outlines two investment strategies using specific fundamental criteria. The first was the Defensive Investor method, for investors who wanted to buy a set of diversified value stocks as a basket or portfolio. I’ve outlined these criteria below, and it’s this model that powers the Value Investor quant model we run at Validea. Graham looked for the following:

8 – Realize stocks prices are there for your convenience: Graham wrote that stock prices, or quotes, were there “to be taken advantage of or to be ignored”. Investors, he wrote, should never buy a stock because it has gone up or sell a stock because it has gone down. Rather, they should determine the price they are willing to pay, based on the underlying value of the business, then make a rational decision on whether to buy or sell a stock. Buffett drove this point home with his famous saying, “Price Is What You Pay, Value Is What You Get.” The price of a stock can fluctuate wildly based on the latest headlines and flow of money, but in the long run it’s the value of the underlying business that will reward you as a shareholder as long as you bought the shares at a sensible price and didn’t overpay.

9 – Invest, don’t speculate: Graham considered himself an investor. He wanted to find companies with certain fundamentals and buy their stocks for the long run. Speculators, as Graham labeled them, didn’t care about the value of the business–their only concern was whether the price was headed up. Graham also believed that anyone who was making a business out of forecasting the market and/or company earnings in the future was engaging in a type of speculation, and this would manifest itself in terms of poor returns. In Chapter 1, Graham differentiates investing and speculating this way: “An investment operation is one which, upon thorough analysis, promises safety of principal and an adequate return. Operations not meeting these requirements are speculative.”

10 – Be skeptical of the Wall Street marketing machine: Although it may be tempting to listen to arm-waving pundits that sing the praises of certain companies while trashing others, understand that it is impossible to predict what stocks will do from one moment to the next. In a video posted last year by The Motley Fool, analyst David Kretzmann put it this way: ” Build your portfolio around the understanding that market drops will happen, but invest in such a way that you won’t let those drops get to you, that you’ll continue to stay focused on the underlying businesses behind the stocks in your portfolio, because the long-term performance of those businesses is, in the end, what will drive the performance of those stocks.”

Value investing is a layered process that commands certain psychological attributes and some hard-to-follow techniques, but I believe it can lead to good outcomes for those investors willing to dig in and embrace the philosophy. Simple may not mean easy, but sticking to a well-structured value-investing process can reap rewards in the long run.