As we continue to wait for the Fed to move on rates, questions loom as to how a rising rate environment will affect the markets. In a recent article for Proactive Advisor magazine, Validea CEO John Reese shared his thoughts on how this could specifically impact small-cap stocks.

Conventional wisdom, he explains, says that rising rates can negatively affect small-cap performance (companies with market capitalizations of between $250 million and $2 billion) since:

History shows, however, that these stocks actually perform better than large-caps during periods of rising rates (see chart below).

He concludes by suggesting that contrarian investors taking a long view should consider tilting their portfolios more toward small caps to take advantage of potentially improved relative performance. 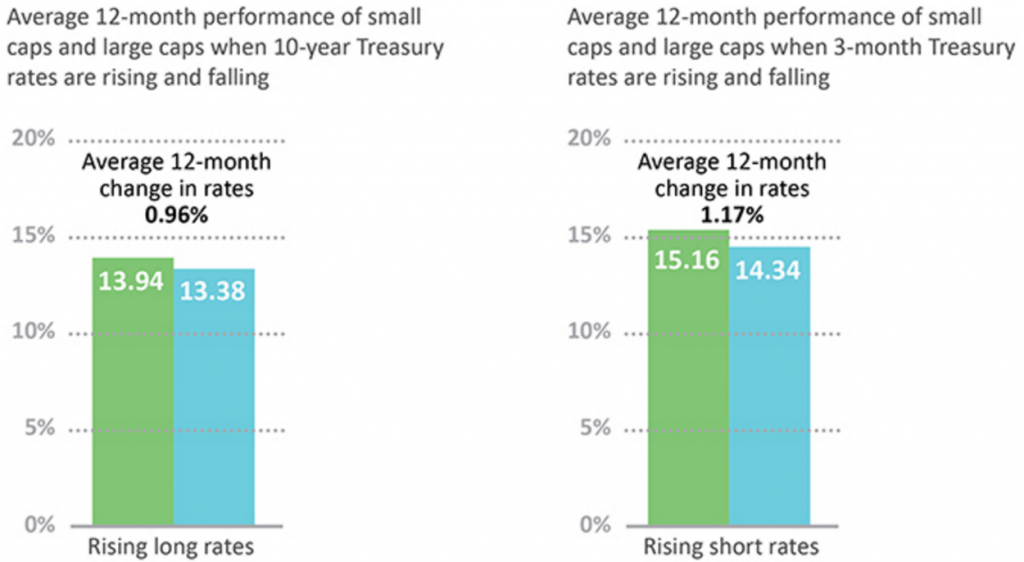