Although stock prices have tripled during the eight-year bull market, there have been only four corrections, and some investors think a period of decline might not be so bad. This according to an article in last week’s Wall Street Journal.

The view of many analysts and investors, according to the article, is that the “postelection rally that has driven the S&P 500 up roughly 10% has cleaved share prices from the underlying fundamentals that tend to drive gains over time, such as interest rates and corporate earnings.” Data going back to the late 1980s reflects that a market correction tends to occur once each year (as per WSJ Market Data Group).

While some argue that the Trump administration’s policies around tax cuts, deregulation and infrastructure spending will bolster corporate profits over time, the new president’s ability to push through his agenda was called into question after the failed healthcare vote.

But the article asserts that many corrections “end without further ado.”

“Half of the corrections since the late 1980s didn’t involve either a bear market or a recession,” the article says (a bear market is often defined as a period when stocks fall by 20% or more).

Still, there are those that see “signs of weakness beneath the surface of improving economic data. Real average weekly earnings decreased 0.3% in February from the prior year, according to the Bureau of Labor Statistics,” the article notes. 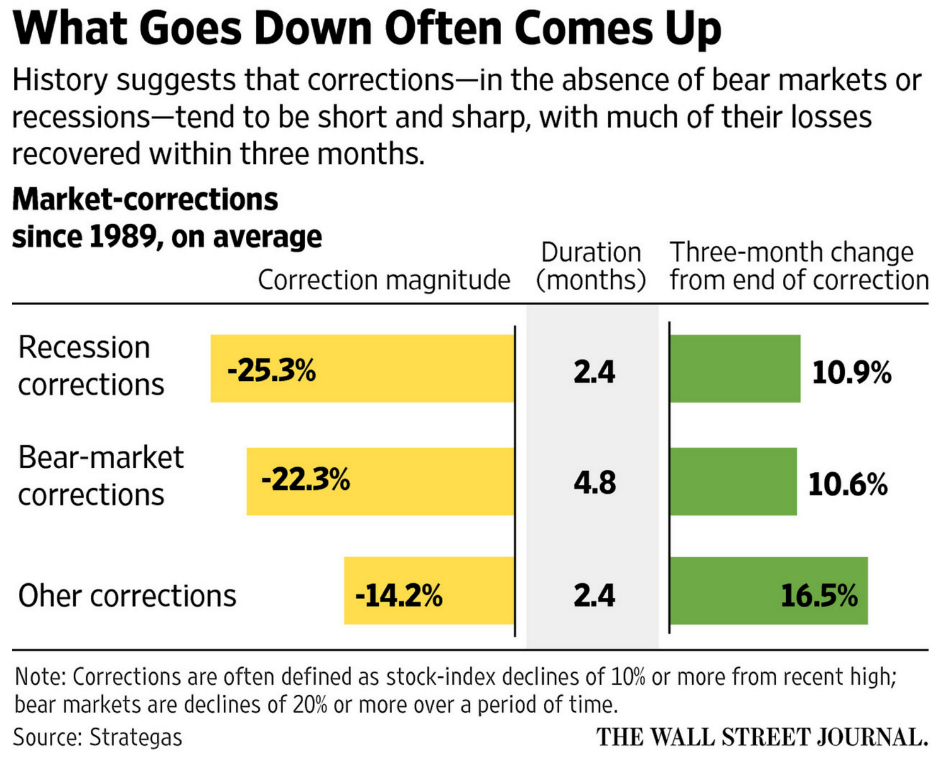