Financial Times reports on the challenges facing active managers, as well as the underperformance. The article notes that “in the first quarter of 2016 most failed to beat whatever market they are professionally judged against, and the proportion to prevail was the smallest since 1998,” based on Morningstar data. Further, and HFR release showed that “the average hedge fund has lost almost as much of its clients’ money [in the first quarter] as it did in the whole of 2015, 1.1 [%] after fees” and “judged by assets, investors in hedge funds have lost 2.7 [%] this year.” In contrast, passive funds are generating positive returns: “Vanguard’s Total Bond fund gained 3.1 [%], and its index fund . . . rose 1.3[%]” in the first quarter.

The article notes, however, that there are serious questions about the effect of investors’ flocking to passive funds. Given that over six years, the percentage of actively versus passively managed investment money “has fallen from 78[%] to 70[%],” based on Investment Company Institute data, some are wondering “when the weight of passive money starts to have a perverse effect,” as consultant Denis Bastin put it. Amin Rajan of Create Research points to momentum and concentration as potentially problematic index fund impacts: “passive means cheap, but it doesn’t necessarily mean cheerful,” he says. Specifically, as the article paraphrases, “the ability to move in and out with one trade may add violence to market movements,” thus exacerbating momentum-related impacts. Further, Rajan explains that concentration effects of passive investing means that “to them that hath, more shall be given.”

In the environment of growing passive investments, Laith Khalaf of Hargreaves Lansdown says, “if [investors] are going active, they are going very active, and choosing managers who are . . . selecting portfolios for the long term.” Indeed, a recent paper by academics from the London School of Economics suggests that the short-term, benchmark-focused incentive structure of managers undermines performance. Equally important may be the lingering effects of the financial crisis. As Rajan explained: “financial markets are so distorted by central bank actions it takes a genius to beat these markets . . . insofar as active managers have failed to deliver, it is not for want of trying.” 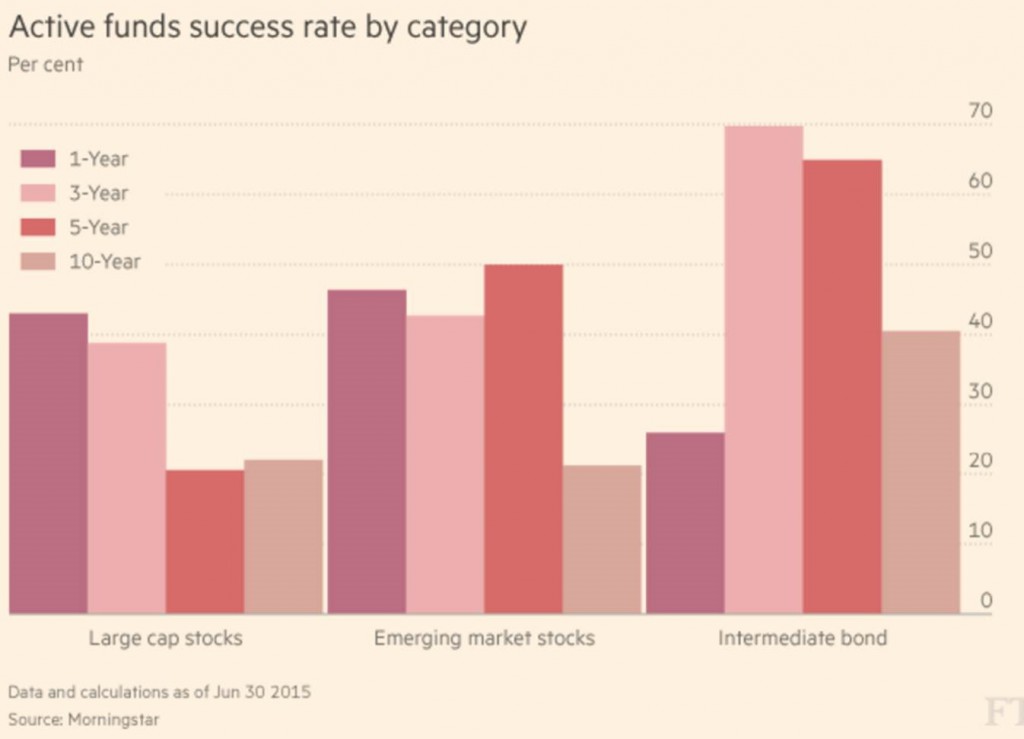