The number of Americans who own individual stocks has “steadily declined since the 1990s,” a situation only exacerbated by the flow of dollars into index funds. This according to a Wall Street Journal article from earlier this month.

Between 2005 and 2015, says Bank of America Merrill Lynch, an average of only 37% of large-cap mutual funds outperformed the Russell 1000 in any given year. In the first seven months of 2016, only 14% beat the benchmark.

The article attributes the turbulent global economy and weak earnings as a few factors making things tough for active managers. It argues, however, that “on those fronts at least, they could soon see some relief.” This is because the spotlight has been diverted from stocks’ individual performance and underlying fundamentals toward shifting perceptions of the global outlook. The result, asserts Merrill strategist Jill Hall, is that “stocks have had tighter correlations with one another, providing less scope for active managers to outperform.” With Brexit-related risks moving to the back burner and optimism emerging concerning corporate profits, active managers may find opportunities to outperform. The bad news, according to the WSJ article is that “they will have fewer excuses” if they don’t. 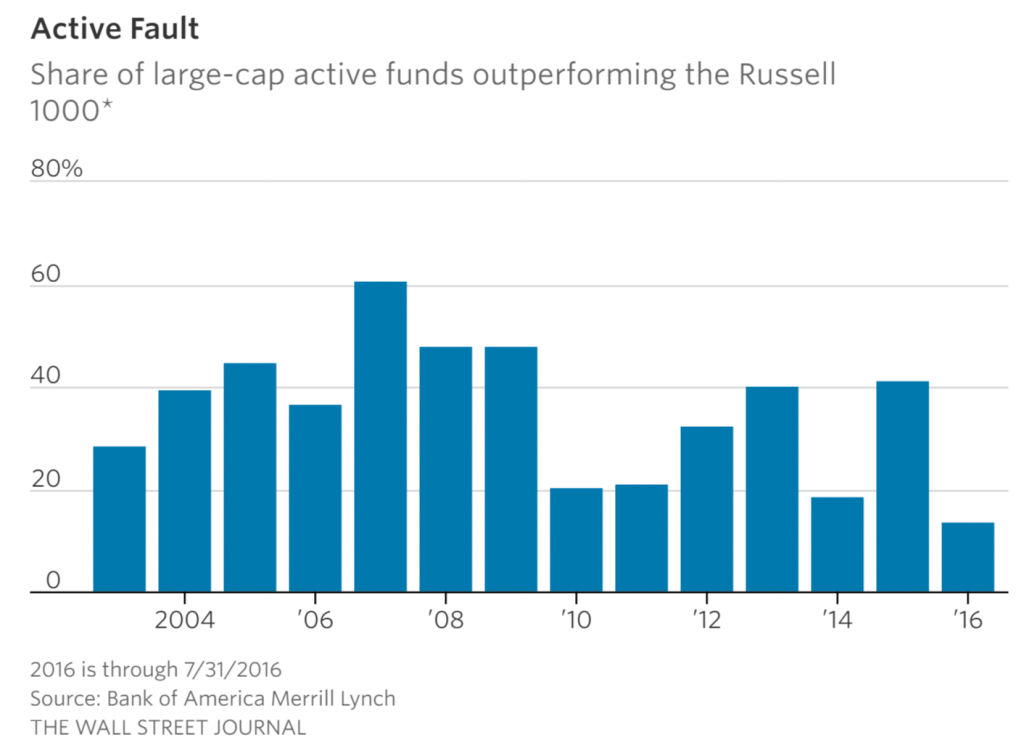