Facebook, Apple, Amazon, Netflix and Google parent Alphabet “can’t get away from each other,” says an article last month by Bloomberg columnist Nir Kaissar, who argues, “But look closely and it’s no longer clear why they should be lumped together at all.”

For example, Kaissar points out, the Global Industry Classification Standard (GICS) classifies neither Amazon nor Netflix as tech companies–but rather tags Amazon as a retailer and Netflix as an entertainment company. As of next September, he reports, Facebook will be moved from tech to telecommunications, “where it belongs.” 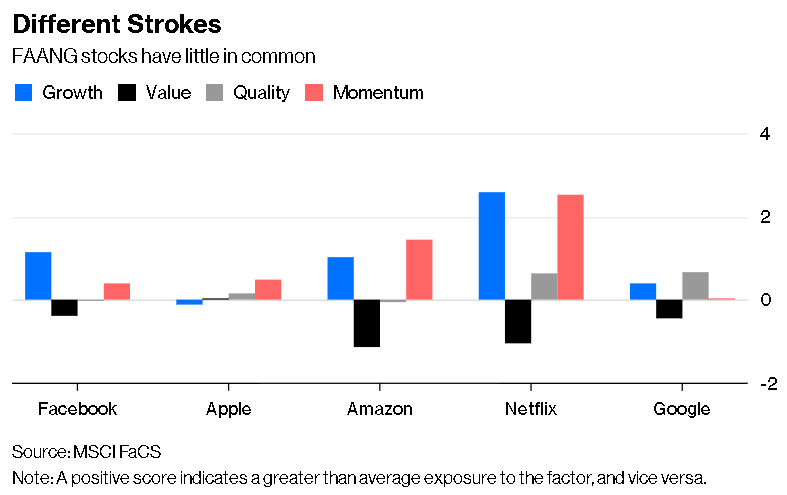 “It’s also a mistake to assume that the FAANGs are interchangeable bets,” writes Kaissar. Citing data from MSCI Inc. that compares FAANG stocks with the broader global stock market based on various factors, he notes “there are lots of surprises.” These include:

Kaissar argues that it isn’t likely the FAANG stocks “will ever have much in common because their attributes are constantly changing. “Whether investors love or hate this market,” he concludes, “the FAANGs have little to do with it.”