A recent article in U.S. Chamber of Commerce Foundation discusses the capital market conditions behind the now nine-year-old U.S. bull market, including the shrinkage in the number of publicly-listed firms to “just one half what it was in the mid-1990s.” 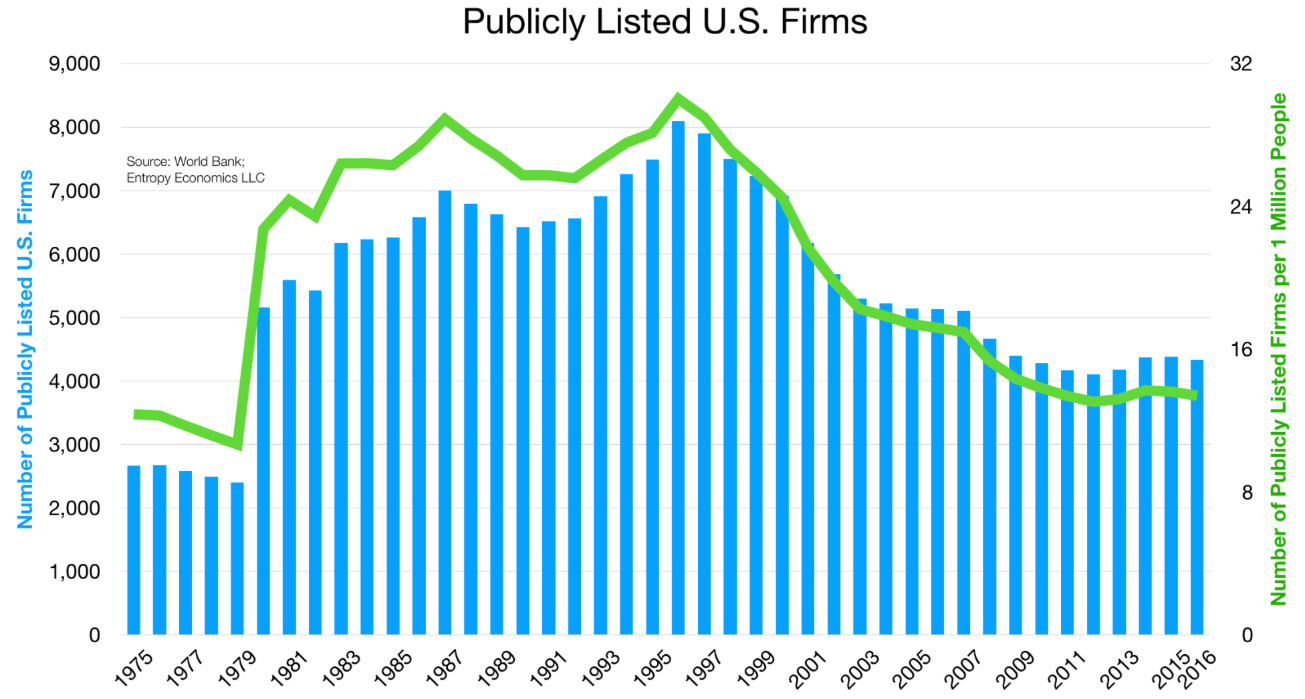 Over the past twenty years, the article reports, “U.S. companies bought back vastly more stock than they issued,” to the tune of $3.6 trillion. IPOs have also dropped off considerably, the article points out, citing regulatory impediments such as Sarbanes Oxley as a contributing factor. Another cause, it says, is the rise in intangible assets. “In a knowledge economy,” it argues, “human capital and ideas are more important to business concerns than machines, factories and other forms of physical capital.” And businesses built on intangible capital may be more appealing as acquisition targets than companies with primarily hard assets. 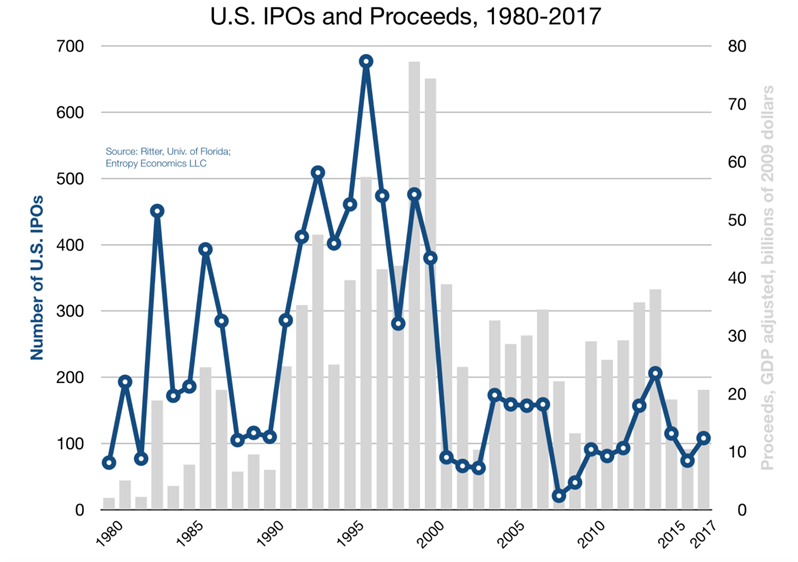 “Even the reduced number of Silicon Valley firms that do end up entering the public markets are waiting to do so,” the article points out. “Many can raise hundreds of millions of dollars in venture capital, and it’s only when their private valuations show signs of wavering that they decide to go public.”

Inside the Madoff Scandal with Madoff Trader and...