Value investing has fallen on tough times, and is “getting tiresome even for those famous for their patience,” according to a recent Barron’s article.

On the face of it, value investing should work, the article argues. “At its most basic, it’s buying stocks that are cheap and holding them until the rest of the market realizes these great companies are selling at a bargain price, and pile in, driving prices up.” But since 2006, it reports, growth stocks have outperformed, especially in the U.S., triggering speculation as to whether the value model still works.

The article argues that indeed it does, citing three factors at play: 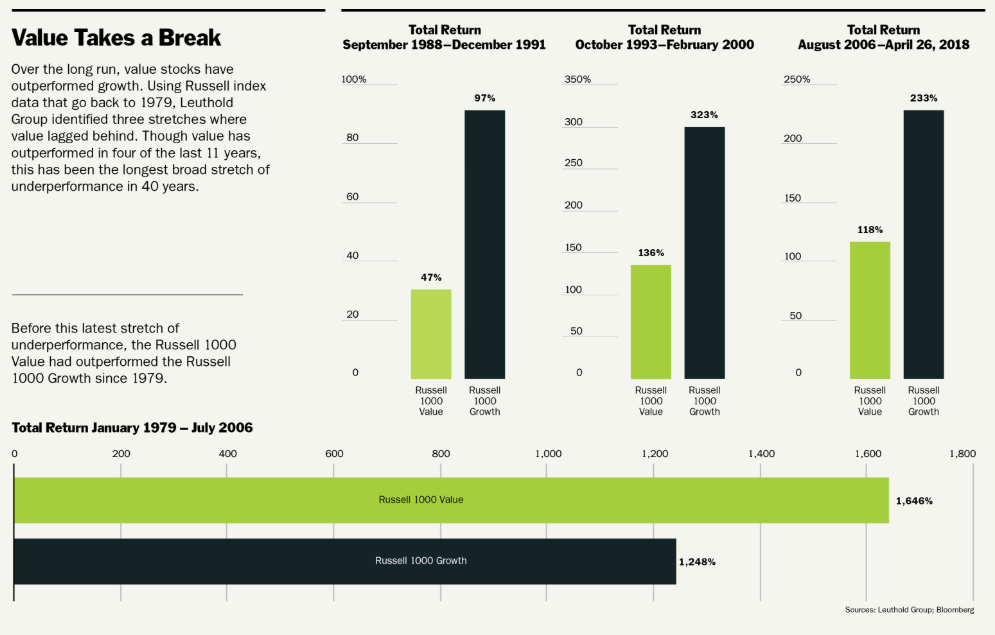 “The article provides a historical perspective on the value vs. growth question, including macro-economic factors and monetary policies that have contributed to the backdrop. “Adding to the problem,” it says, “this unusual economic environment coincided with the rise in passive investing. As money poured into market capitalization-weighted indexes, the priciest stocks became even more so, while the neglected stocks in value investors’ portfolios become further unloved.”

But the outlook for value is improving, the article concludes. Historically, value outperforms growth when profits are accelerating, as they are now, and deregulation and tax cuts should “boost sectors heavily represented in value indexes, like financials, industrials, and energy.”