While many foreign investors may consider Australia a mining stockpile to feed China’s growth, one hedge fund proves otherwise. In a recent Barron’s profile, Marcus Hughes of LHC Capital explains how, since its inception in 2011, the $195 million Australia High Conviction fund has enjoyed annualized gains of more than 23% by avoiding the “meltdown” in commodity prices.

LHC has purchased mostly small-cap (under Australian dollar 1 billion, roughly US$750 million) Australian stocks which they believe are priced way below their intrinsic value. Their strategy is to maintain a limited portfolio of only 10 stocks at a time and use index and stock puts to hedge and manage risk.

Hughes was hired in 2012 (at age 33) by LHC founder Stephen Aboud to do fundamental research and identify “big picture” factors and trends. “Australia is home to some very well-managed and increasingly globalized companies,” he says. With a population of only 24 million, its overseas ventures play an important role. Barron’s reports that the Australian market (which has seen 25 years of uninterrupted growth) holds a lot of interest at the moment due to its huge gap against the S&P 500 (as measured by iShares MSCI Australia ETF in the image below).  LHC’s managers target smaller cap stocks because “their prices tend to suffer from structural inefficiencies” due to low liquidity, lack of interest from institutional investors and poor analyst coverage. 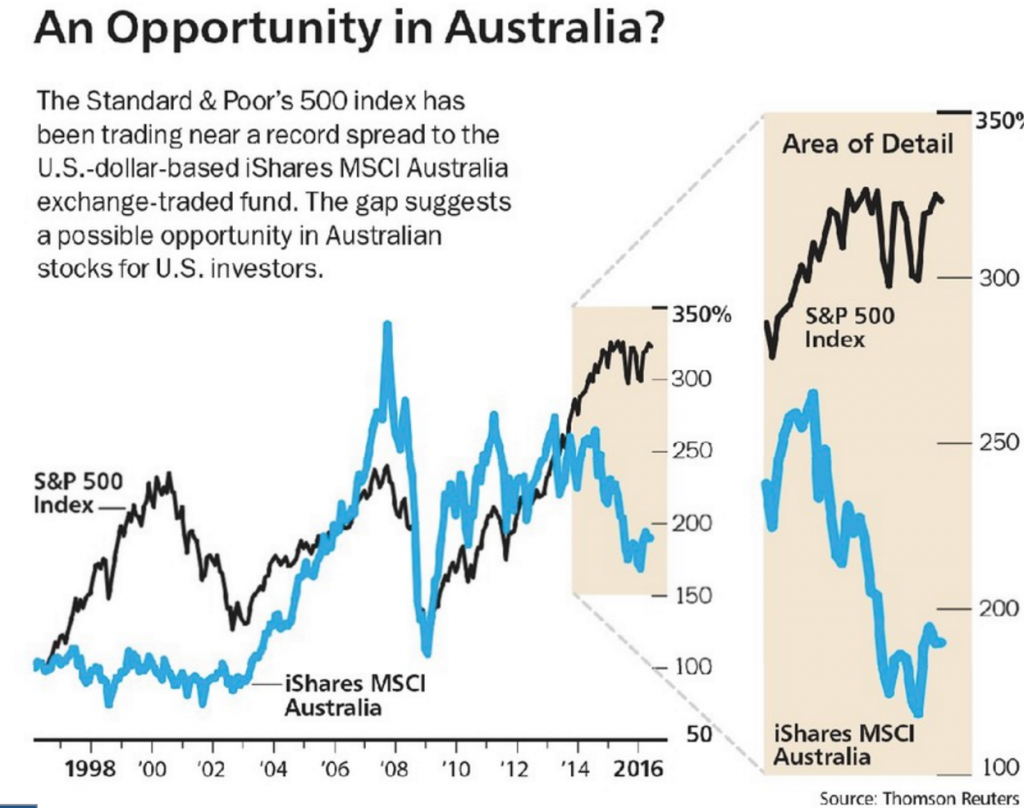