A recent Wall Street Journal article discusses the gradual decline in Berkshire Hathaway’s performance in recent decades, a trend that the company’s billionaire CEO Warren Buffett has predicted for years.

Specifically, writes the Journal’s Jason Zweig, “Over the 10-years ending last year, Berkshire Hathaway returned an average of 7.7% annually. The S&P 500 returned 8.5%, including dividends, so Berkshire fell behind by an average of 0.8 percentage points annually.” 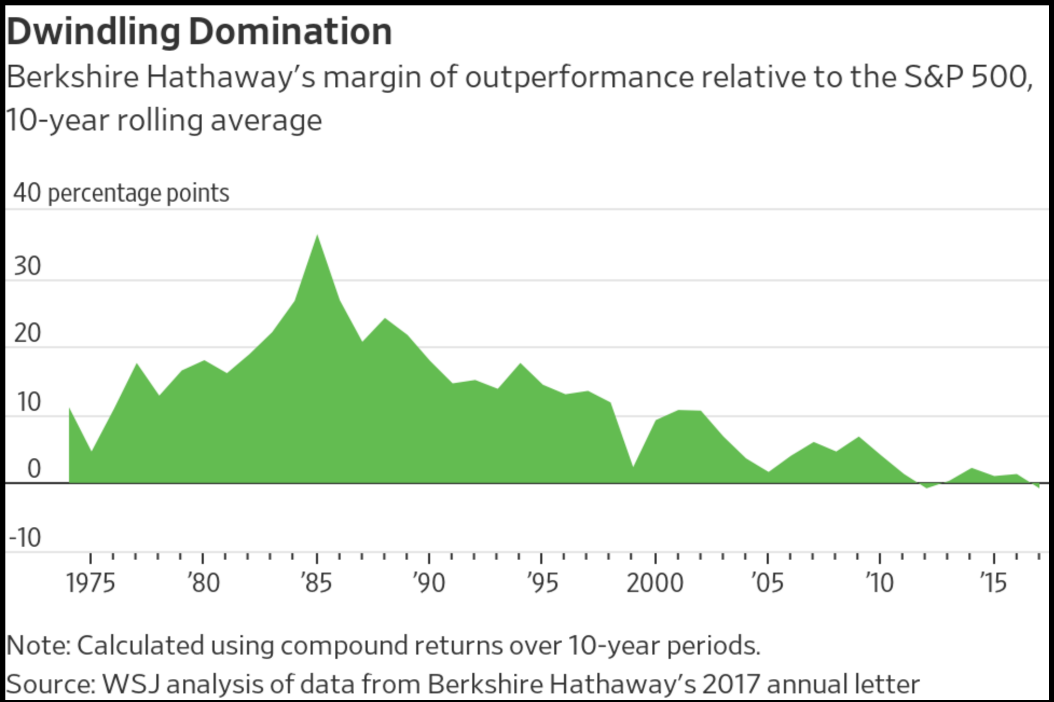 It’s not that Buffett has lost his edge, Zweig explains, but rather a testament to how difficult beating the market has become. The legendary investor, he points out, has long warned that “size is the enemy of excellence” adding that, for Berkshire, “even a $10 billion deal that doubles in value would barely register in the company’s returns.”

That said, Zweig notes that Buffett and business partner Charlie Munger have investing advantages enjoyed by few others. He cites a comment by fund manager Thomas Russo of Garner Russo & Garner (a firm that owns $1.9 billion in Berkshire shares) regarding Berkshire’s hefty cash balances totaling $116 billion: “He’s going to have fabulous opportunities to make outrageous returns with that at some point, but you can’t predict when.”