Although current market conditions might make assets vulnerable to reversal, that doesn’t necessarily mean a drop is imminent. When asked whether recent gains in the S&P 500 mean it’s time to take profits, a recent Wall Street Journal blog quotes Instinet executive director Frank Cappelleri as saying, “At some point it will be,” he says, “but maybe not yet.”

The chart below depicts three sizeable rallies over the past year.

In both 2015 and 2016, Cappelleri says, “the majority of the gains took place after entering overbought territory.” This, he explains, “is a key characteristic of an up-trending market, which we have to respect as long as it persists.”

So does it matter that the market is overbought? It may, depending on how a portfolio is positioned. But Cappelleri’s argument is worth considering: Overbought on its own doesn’t mean a selloff. 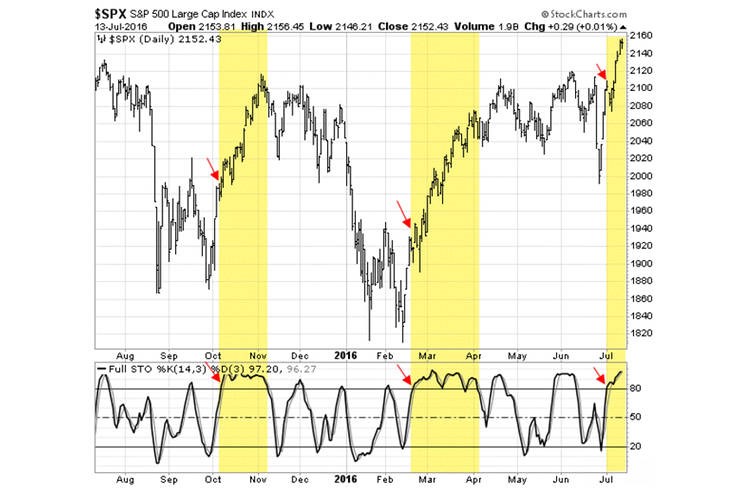