Nearly seven out of ten investors say stocks are currently overvalued, according to a recent article in The Wall Street Journal.

Citing data from Boston Consulting Group’s annual investor survey of 250 investors (with a collective $500 billion in assets), the article reports, “Big investors are heading into 2018 with the most bearish perspective on stocks since the great financial crisis.” 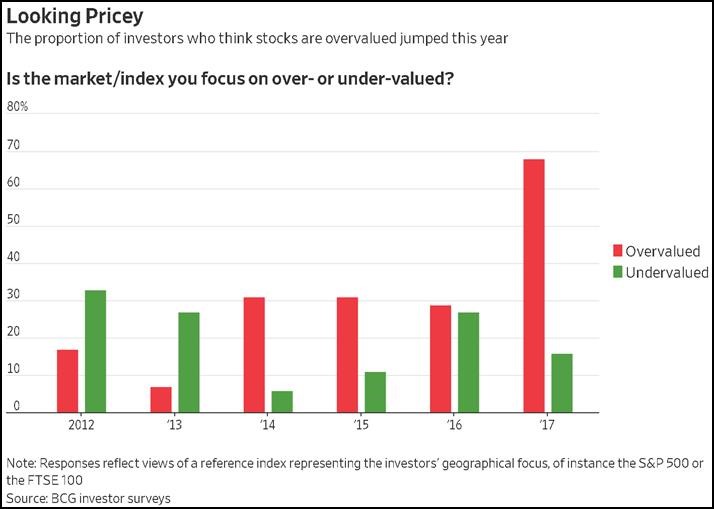 The survey (conducted over two weeks starting in late October) revealed that most of the “self-described bears” cited overvaluation as the reason for their market pessimism, and that investor concerns are spreading into the wider economy. “Nearly 80% of respondents said that they expect an economic recession within three years and 53% said that they expect a recession within two years.”

The survey also revealed the lowest equity return expectations since the survey began in 2009. “The average expectation on total equity return, including dividends, over three years was 5.5%,” the same level as last year.