Before the fanfare of the Dow Jones Industrial Average hitting 20,000 (which occurred on January 25th), Bloomberg columnist Nir Kaissar asserts, “it’s not clear whether that milestone will be cause for celebration or concern.” The index stands at 20,093 today.

Kaissar speculates that when the Dow first hit 100 (in 1906), “investors were drunk with profits and expecting the party to continue. What they didn’t know was that it would take the Dow 36 more years to climb above 100 for good.” He offers a chart reflecting the movement of the index since that time:

Kaissar explains that between 1906 and 1942, the index returned only 0.8 percent. “That’s a deeply disappointing return,” writes Kaissar, “but it’s downright depressing when you consider the roller coaster that investors endured for that meager 0.8 percent over those four decades.”

It then took the Dow a decade to move past the 1,000 mark, says Kaissar, at which time “investors were scarcely aware of the decade-long disappointment ahead,” recounting how the index dropped by 45 percent between January 1973 and December 1974. 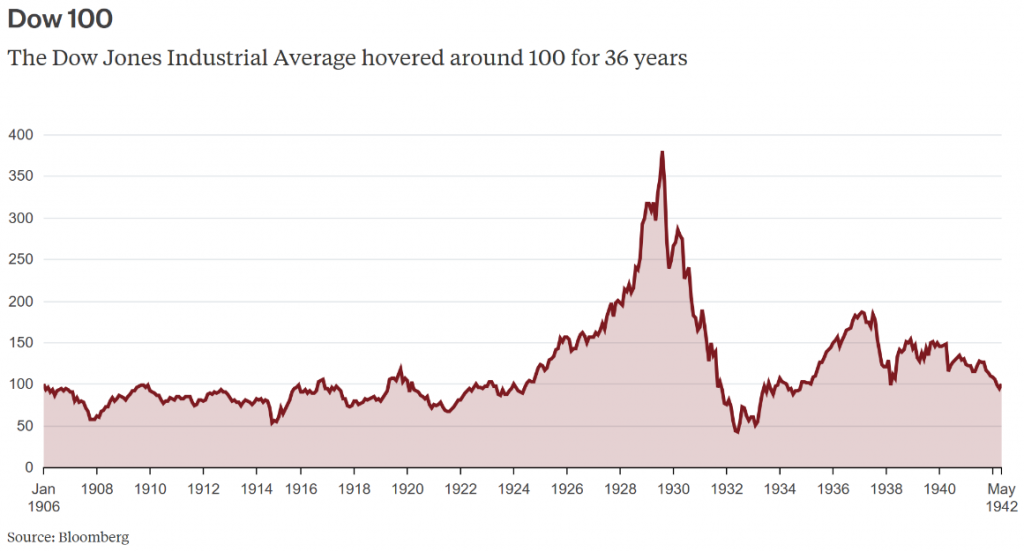