President-elect Trump’s proposed corporate tax reform could be great news for Warren Buffett, according to an article in last week’s Barron’s.

A drop in the tax rate from the current 35% to either 25% or 15% would reduce the company’s deferred tax liability, according to Barclays analyst Jay Gelb, and boost the book value of Berkshire Hathaway ($163.78 billion at the close of the third quarter) by 5% or 11%, respectively. An 11% increase, according to the article, would result in a per-share value of $180,000 (Class A).

The article asserts that Berkshire has “significant deferred tax liabilities stemming in large part from huge gains in long-term Berkshire equity positions like Coca-Cola (KO) and American Express (AXP).” According to Gelb, “There isn’t any of this tax stuff baked into the stock now.”

“It’s ironic that Buffett was a strong supporter of Hillary Clinton but is turning out to be one of the biggest beneficiaries of a Trump victory,” according to the Barron’s piece, which adds that the company’s high cash balances (approximately $85 billion) could lead to an “elephant-sized acquisition” that would be “viewed favorable in the investment community.” 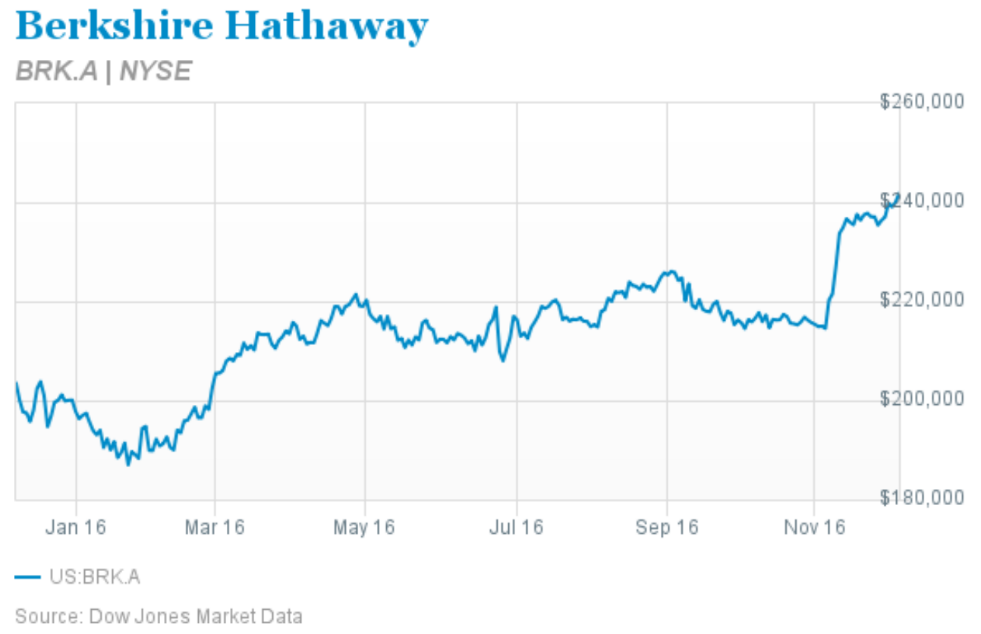