In March, data scientist Michael Toth conducted a sentiment analysis on Warren Buffett’s annual letter to Berkshire Hathaway shareholders (dated from 1977 to 2016) to identify the billionaire’s most commonly used positive and negative words. This according to a CNBC article posted in June.

The top six unique words, according to Toth’s findings, are (in this order):

According to the article, “Although two of those words have negative associations—loss and debt—Toth found a surprising explanation as to why those landed on Buffett’s list of most utilized words.” Toth underscores Buffett’s tendency to focus on the positive when discussing Berkshire’s performance. He says, “He uses words like ‘outstanding,’ ‘excellent,’ and ‘extraordinary.’ To me, this communicates that he has strong confidence in his optimism, and that he is comfortable committing to and expressing that optimism.” 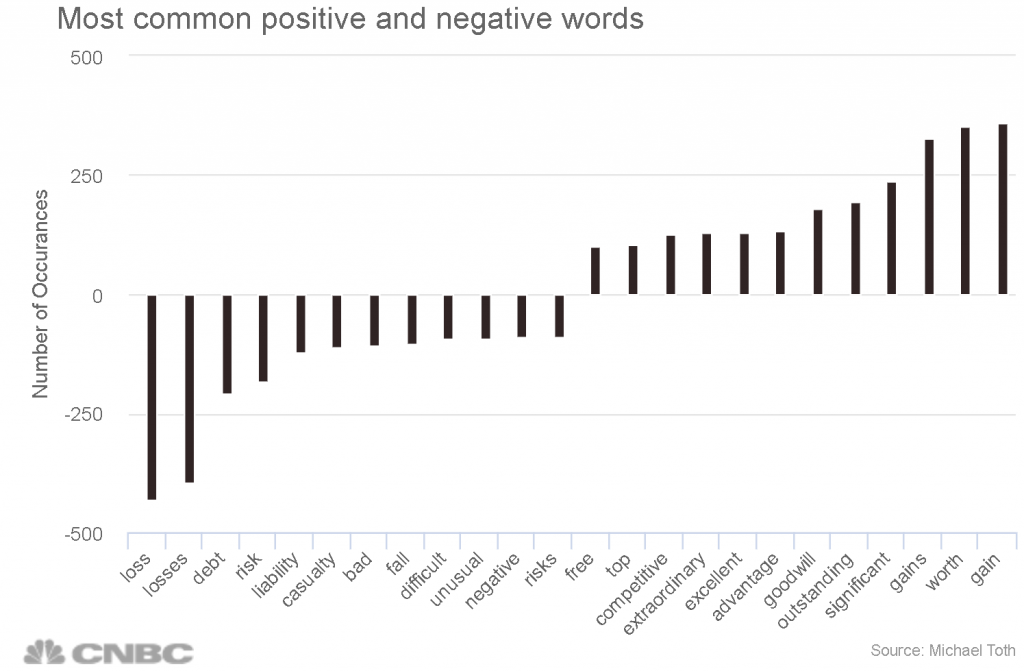 Toth also highlights, the article states, that Buffett’s positive tone in his shareholder letters has remained consistent even in the periods leading up to the economic downturns in 2001 and 2008, adding that “Buffett’s ability to balance both optimism and realism are reflected in whether a letter was positive or negative in any given year.”