A recent Bloomberg article says, “China’s stock market is about to go global like never before,” reporting that on June 1st MSCI, Inc. added more than 200 locally-listed Chinese companies to the benchmark equity gauges that guide its investment activities.

“While foreign investors still have concerns about everything from China’s debt risk to state intervention and capital controls, many are keen to increase their exposure to a $13 trillion economy that’s growing twice as fast as the U.S.” 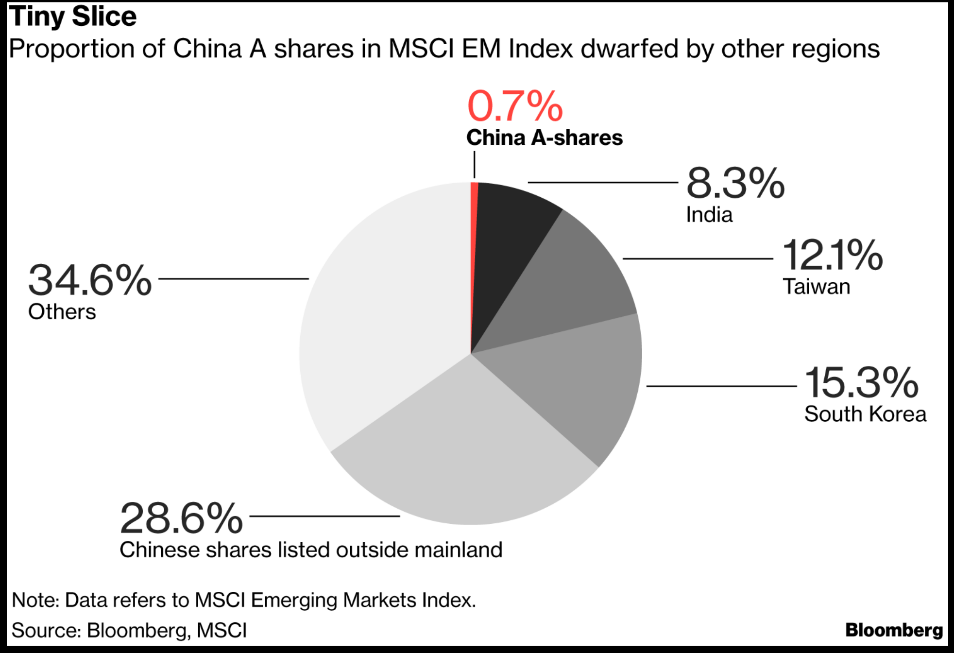 Although China’s weighting in the MSCI Emerging Markets Index is small, a strategist for the Sydney-based firm Saxo Capital Markets says it could grow to as much as 14% over time as “market rules align with international standards.”

According to the article, China has been setting the stage for greater global inclusion for years, “including a recent increase in daily trading limits for investing through the links.” It will take time, as many of the names will be unfamiliar to money managers. But China’s domestic market, it adds, “offers exposure to a wider group of companies that benefit from an increasingly consumer-led economy. And, from a valuation perspective, it’s not a bad time to be entering the market: China’s local shares are priced near a record low relative to their overseas-listed counterparts.”

Gamification: Is It Bad?