A “comeback could be in the offing for active managers amid higher market volatility and ongoing geopolitical risks,” according to an article in Barron’s.

The article quotes global macro strategist Vincent Deluard of INTL FCStone, who advocates for “identifying and investing in individual gems” that could potentially outperform indexes. Deluard says that the popular stocks in indexes tend to be more expensive, and overvaluation is leading to disappointing performance. 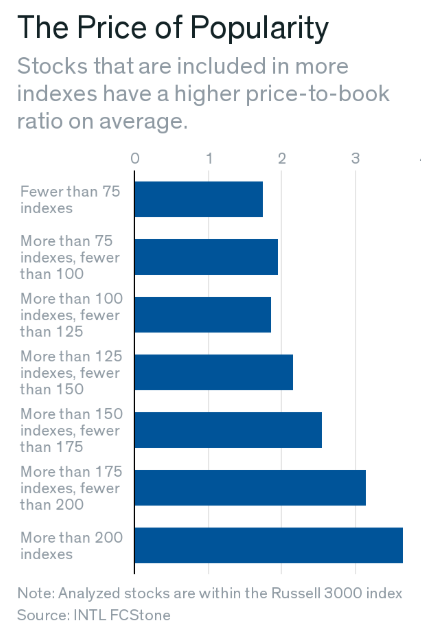 The article notes, however, that it’s difficult to determine whether increased exposure in indexes is driving prices up or whether indexes simply gravitate toward well-performing stocks. It adds: “However, that might not matter anymore, as stocks underrepresented by indexes are surging as of late.” 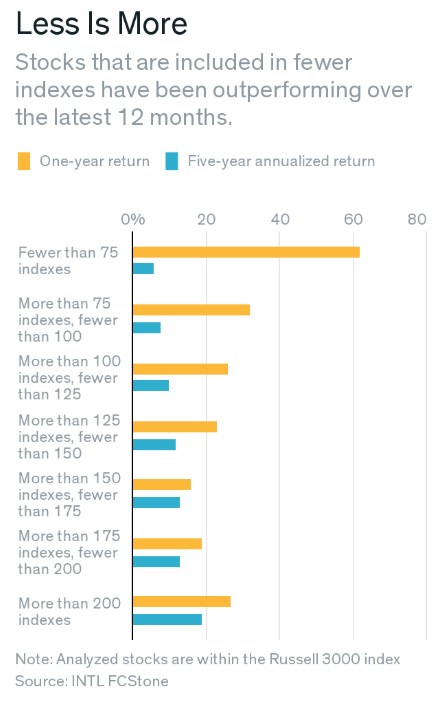 While the comeback of small caps might be a contributor, the article notes that size might not be the only factor. The same trend, it notes, was found in what it describes as another group of “index dropouts” that fall into the large-cap category. Deluard’s analysis shows that large-cap stocks excluded by the Standard & Poor’s committee have “actually outperformed the index since January 2016.”

The article concludes, “It might be time to give dropouts another chance.”