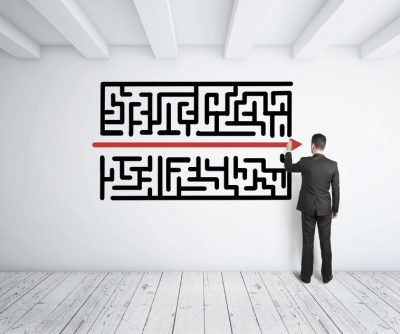 Since I was twelve years old, I have been very active in competitive sailboat racing. It is a great respite from the world of managing quantitative investing portfolios that I exist in during the week. And it offers me an opportunity to be outside, work together with other people in a team, and stimulate my mind with the tactics and strategy that are involved.

When I was younger, my experience with sailing focused on the basics. The first leg in most sailboat races is directly into the wind. This poses a significant problem because a sailboat needs to fill its sails in order to move forward. That can’t be accomplished sailing directly into the wind. So the best you can do is go back and forth at 45 degree angles until you finally reach the mark you are sailing to.

There are literally an unlimited number of paths you can take to do that. You can take the simplest ones and go all the way to one side or the other and make one tack to get there (tack means turn in sailing) or you can tack multiple times back and forth to try to find the optimal path in the middle. Determining the fastest path is where the challenge lies. To complicate things, the wind is usually stronger in certain parts of the course than others. It also typically shifts many times throughout the race. And currents can affect your path and be different in different places.

The end result is a very complex problem with multiple inputs where the perfect solution is likely not possible to identify in advance.

When you first learn to sail, you typically attack the problem in the simplest way possible. You focus on the basics, you try to eliminate unneeded maneuvers and changes to your plan, and you try to avoid making major mistakes. As you gain more experience, though, the tendency is to develop a much more complex strategy. Rather than focusing on a few key inputs, you focus on many more. You try to analyze every detail and think through every conceivable scenario so your plan is flexible enough to handle every contingency.

There is a problem with that approach, though. In my experience, the problem is that it typically leads to inferior results. The simple ends up beating the complex.

Sticking to the Basics

Simplicity has also been very successful historically in value investing. Much of the academic research on value used fairly basic factor-based strategies that could be easily implemented by investors.

Today, conventional wisdom is that the proliferation of computers has rendered these simple value models either less effective or useless. With the level of talent on Wall Street greater than it has ever been and computers taking over, the argument is that if you just buy a basket of cheap stocks, they will all be cheap for a reason, and there is no excess return to be had.

To counteract this, investors today tend to start with more detailed ratios from the beginning. For example, a recent article by Michael Maboussin cited a survey showing that 77% of investors use EV/EBITDA, making it the second most popular ratio, trailing only the PE. If you had looked at that same thing 20 years ago, Price/Book would likely have been the most popular.

The more complex valuation statistics investors are using today is just the beginning. The initial valuation screen is typically followed an extensive series of quality checks, potentially some sort of momentum overlay, and a series of negative screens to exclude firms with things like high short interest. It is no longer about just buying cheap stocks. Today, a lot of work needs to be done to try to eliminate all the stocks that are cheap for a reason.

And this approach has worked.

The Struggles of Simple Value

In the value downturn over the past decade, simplicity has no longer been as asset. It has been a significant liability. At Validea, we run over 25 different value screens, all of which were extracted from public sources like books, academic research papers, or white papers. During the recent period of value underperformance, the absolute worst performers among them have been the simplest. Strategies that rely of basic metrics like Price/Sales or Price/Book have badly lagged the value indices, which themselves have underperformed the S&P 500 by wide margin. Strategies based on more advanced metrics like EV/EBITDA, and strategies with more significant additional quality checks have done much better.

To illustrate this, take a look at the performance of our model based on Ben Graham’s Defensive Investor strategy since we began running it in 2003. This is a very basic strategy that focuses on buying deep value stocks.

From its launch until 2007, the portfolio outperformed the market by a very wide margin, but since 2007, it has struggled badly. This is a very focused portfolio so it magnifies the effect, but you can see that simple, deep value hasn’t been working at all.

The major value indices (which are based on a simple Price/Book based approach) tell a similar story. Below is a chart comparing the current period of value underperformance to previous periods. 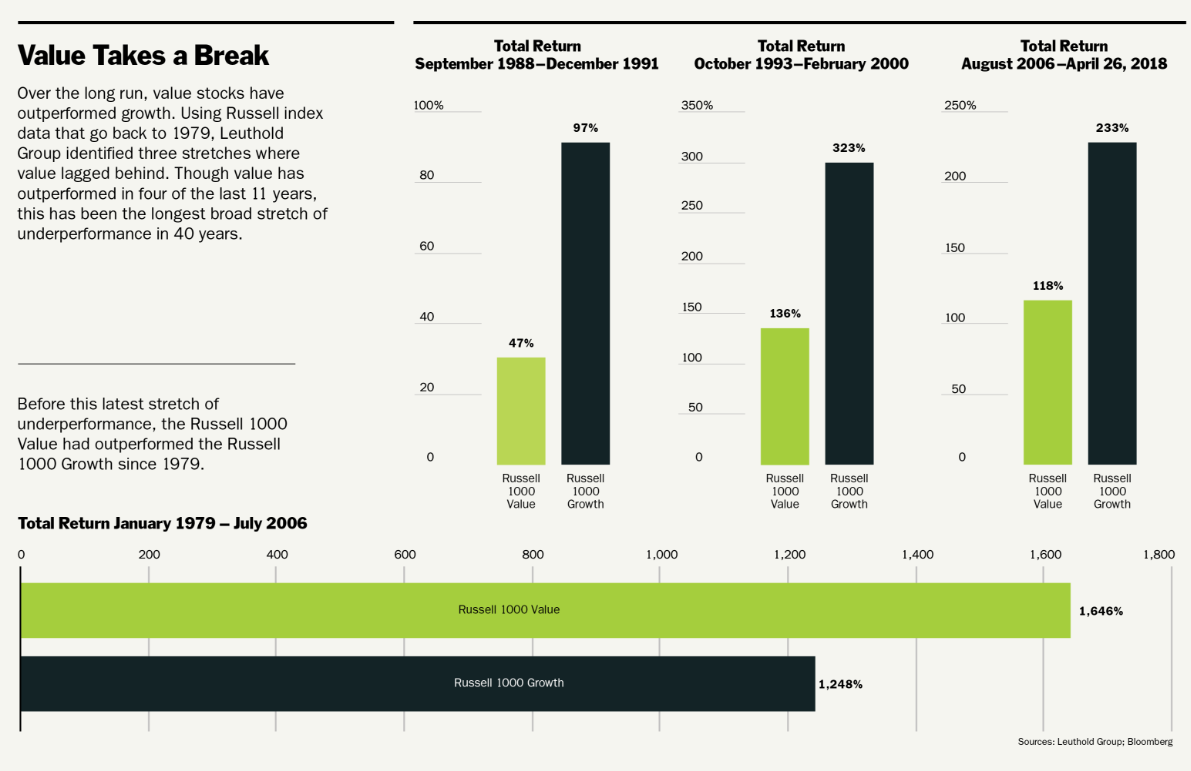 Time to Give Up?

So is it time to call it quits on using simple value? Is it dead forever? Should investors without detailed algorithms run by advanced computers just throw in the towel?

I don’t think so.

I think there is actually reason for optimism going forward. For long-term patient investors, I think simple value may actually offer a significant opportunity.

Here are a few reasons that all the pessimism about the future of simple value strategies may not be warranted.

1 – They Are Backed up by Academic Research

Much of the research that identified the existence of the value premium was based on very simple approaches to identify value. Value outperforms over time for two reasons. First, value stocks are riskier, and investors get compensated for that risk. Second, there is the behavioral phenomenon that  investors tend to overestimate the problems with value stocks, and often times the reality tends to be a little bit better than that expectation. Both of these reasons are still very true today, and they both don’t require advanced algorithms to work.

2 – They Haven’t Worked in a Long Time

As a mentioned before, simple value has been the worst form of value during this downturn. There is strong historical evidence to suggest the value premium exists, but even if you don’t believe it exists anymore, or you think it is much smaller than it used to be, there is still a strong case for mean reversion to be made. Even if you assume that value will just match the market for the 20-year period that started in 2007, there is a lot of catching up to do in the next decade to get there and that would imply significantly above average returns in the next decade. That doesn’t mean that things will bounce back in the next year, or even the next three. Short periods like that are too tough to predict. But the case for long-term mean reversion is strong.

3 – The Market Often Does What You Least Expect it to

Conventional wisdom would say that simple value’s best days are behind it. Wall Street has become a competition to build complex algorithms that are better than your competitor’s complex algorithms. It is a never ending cycle. The result of that in theory should be that inexpensive stocks should be inexpensive for a reason, and simple strategies should no longer work. But I think this arms race could have the opposite effect. The more computers chase each other to try to build the perfect algorithm, the less that type of approach is likely to work. Eventually the law of diminishing returns kicks in. And that could very well lead to things coming full circle and to simple strategies beating the complex ones. Maybe everyone competing to build the best algorithm results in all of them trailing a basic system that just buys cheap stocks. Maybe the simple Ben Graham type value strategies that have been the worst performers in the past decade will be the best performers in the next one.

If there is one thing I have learned in investing, it’s that when you think you have it all figured out, that is the time to be worried. Right now, the prevailing opinion certainly says that you need complex systems to compete with everyone else’s complex systems and that basic value investing has seen its day. I think there is a strong case to made, though, that the opposite could be true going forward. Despite all the calls for the death of simple value investing, it may turn out that some of its best days are still ahead of it.