Dalio offered his perspective as an investor operating in what he called “the very unconventional circumstances that we face.” He described an economic backdrop of low productivity growth and long-term debt cycles in their late stages since “debt can’t be raised much and central banks are approaching ‘pushing on a string’ limitations to their effectiveness.” 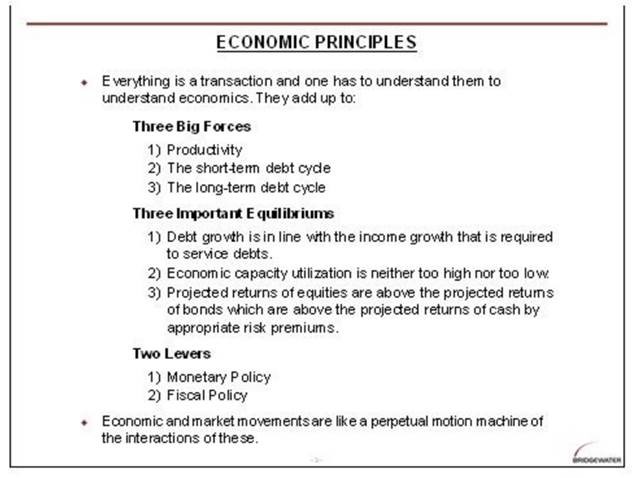 The most profound differences that now exist, Dalio said, are the “relative impotence of monetary policy and political fragmentation that makes coordination of fiscal and monetary policies hard to imagine.” This, he says, is leading to an “intensifying financing squeeze” emerging from a combination low income growth, low investment returns and an acceleration in liabilities coming due.

As a result, Dalio said, “we are now seeing most central bankers pushing interest rates down to make them extremely unattractive for savers and…monetizing debt and buying riskier assets to make debt and other liabilities less burdensome and to stimulate their economies.” 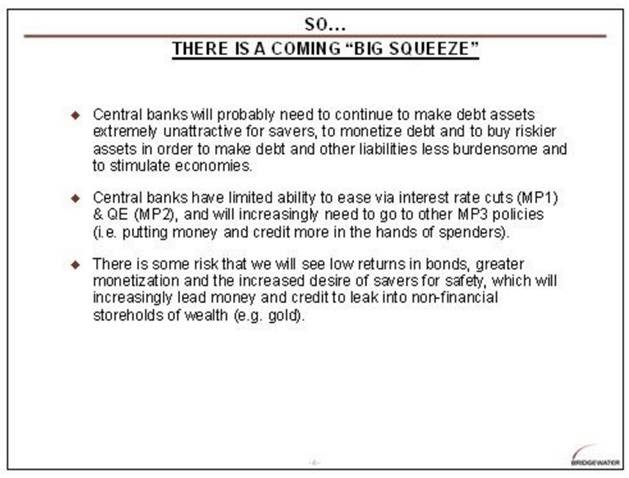 He concluded that if the so-called “squeeze” intensifies, policies fostered by central bankers will require “greater purchases of riskier assets and more direct placements of purchasing power in the hands of spenders.”