Billionaire fund manager and Bridgewater founder Ray Dalio is “leading his firm down a path few other funds care to tread,” that involves selling off European holdings to the tune of $22 billion. This according to a recent article in Bloomberg.

The article explains that Europe’s strong economy, tight labor market and rising interest rates are factors that fulfill Dalio’s “sell” requirements. Last year, it reports, Europe’s economy grew at the fastest pace in a decade and factories around the world are “finding it increasingly hard to keep up with demand, potentially forcing them to raise prices.” European Central Bank President Mario Draghi has indicated he’s “on a slow path toward boosting rates as economic slack narrows.”

Bridgewater’s “shorting spree,” the article reports, began last fall in Italy. As the country’s level of bad debt mounted, Bridgewater bet $770 million against Italian financial stocks, an amount that grew to nearly $3 billion. The firm has since expanded the list of companies on its short list: 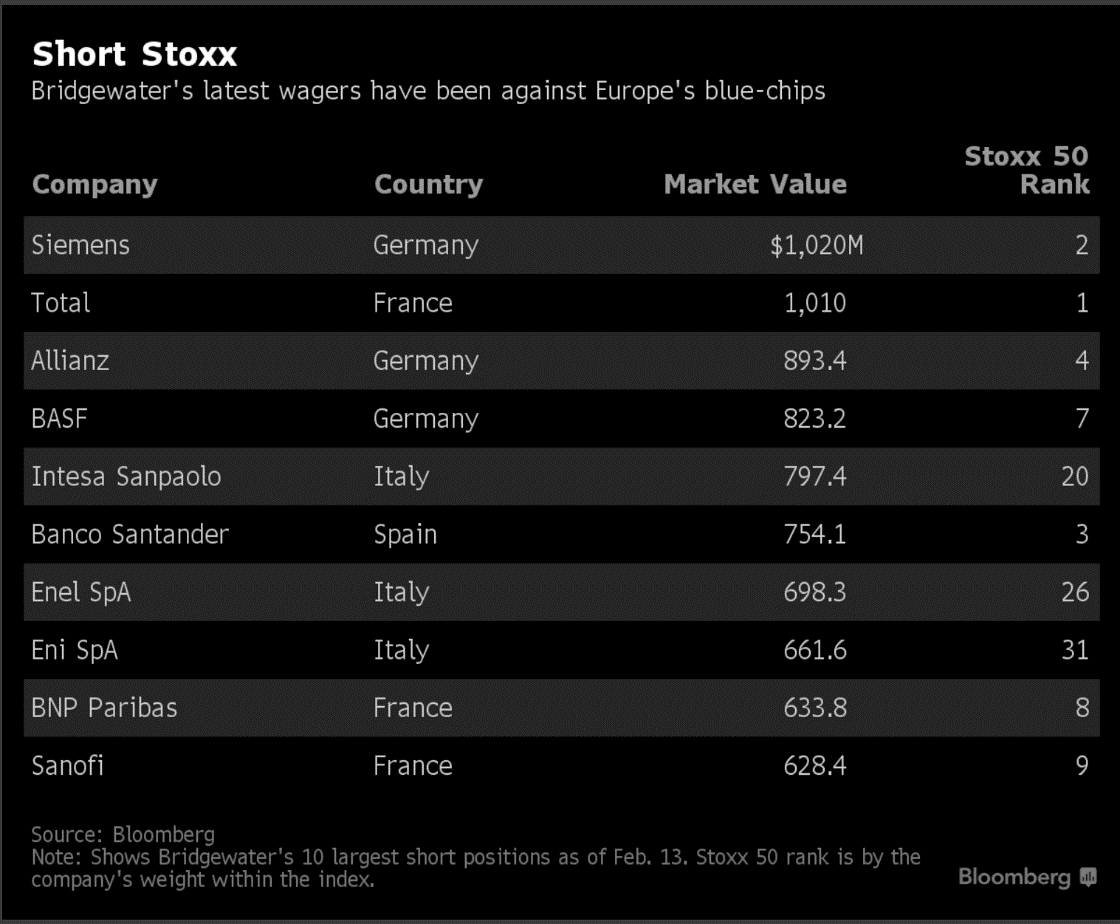 The article points out that Dalio’s sell checklist conditions are not unique to Europe, however. “The U.S. has seen wage gains accelerate as the jobless rate hovers near a 17-year low,” it reports, adding that the Fed has indicated an intent to “continue on the path of gradual interest-rate increases.” It also states that Dalio recently predicted a rising “risk of a recession in the next 18-24 months.”

Although the Eurozone requires investors to “disclose their short bets once they pass a certain size,” the U.S. does not, according to the article. Bridgewater’s trades in the U.S., therefore, “remain a mystery.”