Since its inception in 1896, the Dow Jones Industrial Average (DJIA) has beaten the S&P 500 for “long stretches of time,” says a MarketWatch article from last week. As the index approaches the 20,000 mark, the article notes that there are naysayers who suggest it is outdated and “isn’t relevant compared with the more sweeping scope of the S&P 500.”

This runs counter to the consensus view, however. While many view the Dow as a “benchmark of 30 stocks intended to offer a passive snapshot of the market,” the article notes that it has “many of the hallmarks of what’s typically perceived as an active fund.”

For example, the stocks that make up the Dow are hand-picked by committee rather than chosen using a rules-based process as in index funds. Holdings must be of U.S. incorporated businesses and are required to be components of the S&P 500. And rather than market-cap weighted (common among index funds), Dow holdings are price-weighted, which means that higher priced stocks of smaller companies will have a bigger impact on the index than would lower-priced shares of larger companies.

David Blitzer, the chairman and managing director at S&P Dow Jones Indices, heads the committee that decides which stocks will be added to the index. He says the Dow is “more actively managed than any other index I can think of—ours or anyone else’s.”

The Dow can also outperform during rosier stock market periods. Since the presidential election, both the Dow and S&P 500 have surged, but the Dow has done so by a wider margin:

“In many respects,” the article concludes, “the Dow follows investment ‘rules’ that many advisers would agree upon. All of its holdings are stable and well-established companies, rather than risky and untested, and it holds them for the long term, ignoring short-term swings and market cycles.” 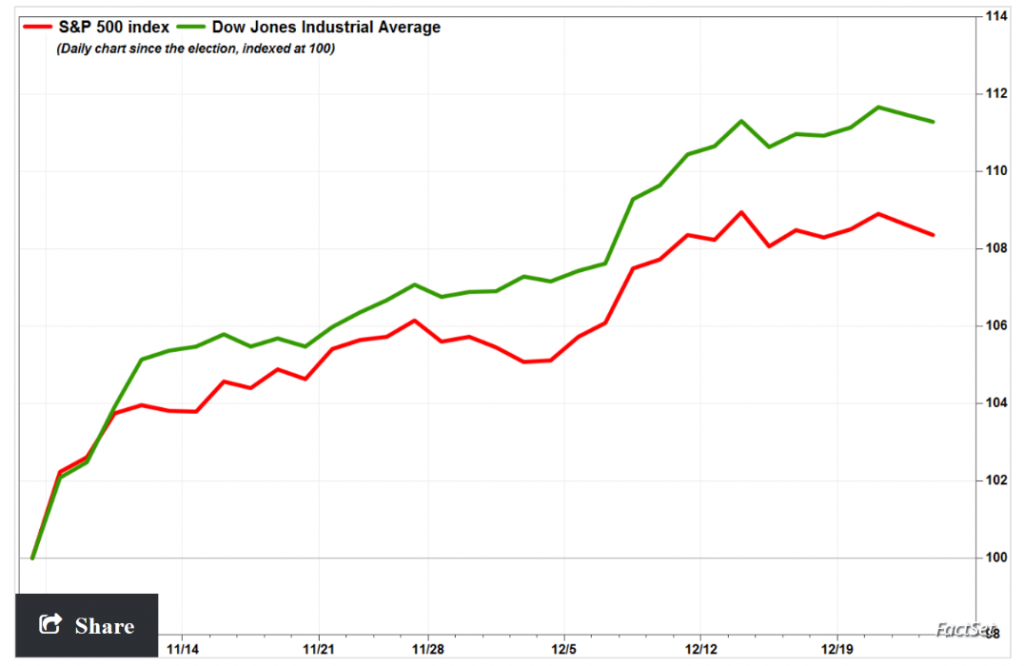