A recent Bloomberg article reports that Egyptian billionaire Naguib Sawiris has channeled half of his $5.7 billion net worth into gold and has said he believes the precious metal will rally further, “reaching $1,800 per ounce from just above $1,300 now, while ‘overvalued’ stock markets crash.” 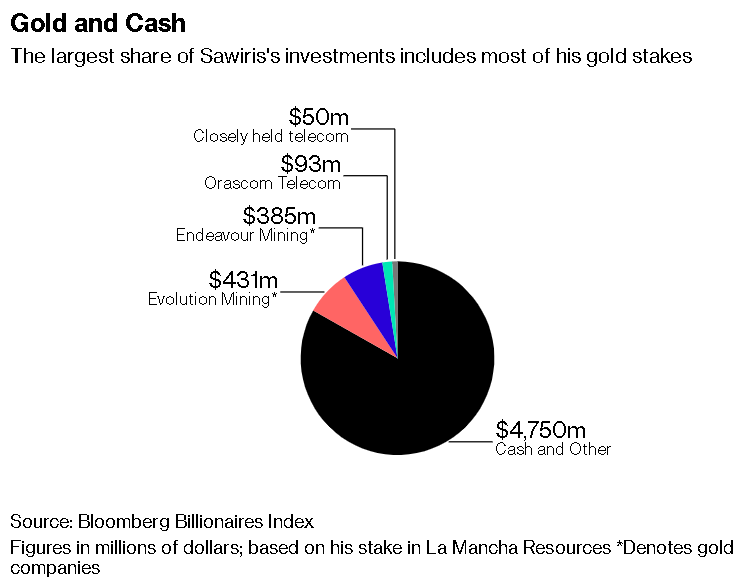 In an interview with Bloomberg, Sawiris said, “In the end you have China and they will not stop consuming. And people also tend to go to gold during crises and we are full of crises right now. Look at the Middle East and the rest of the world and Mr. Trump doesn’t help.”

Sawiris, who founded North Korea’s first telecom operator, Koryolink, considers himself a “goodwill investor” despite being pressured by “every single Western government in the world” for his presence there. In the interview, he expressed his view that Trump would be well advised not to bully Kim Jong Un in their upcoming meeting. “I know these Korean people,” he said. “They are very proud, they will not yield under threat and bullying. You just smile and talk and sit down and they will come through.”

The article discusses Sawiris and his family’s investments, including those in the telecom, finance and mining sectors (his family is Egypt’s largest investor in the latter). The article also notes Sawiris’ plan to start investing in Egypt’s ‘booming’ real estate market this year after hiring a consultant who said demand was strong, “shrugging off concerns of a bubble in the market.”