The investing mantra that touts patience as the best strategy for successful investing extends to choosing, and evaluating, fund managers. Research conducted by Robert W. Baird & Co. provides evidence that even the top-performing money managers endure prolonged periods where they underperform their benchmarks and/or their peers. Further, the findings show that “shortsighted” investors who switch to new managers based on recent successes (over a period of 1 to 3 years) might “leave wealth on the table.” 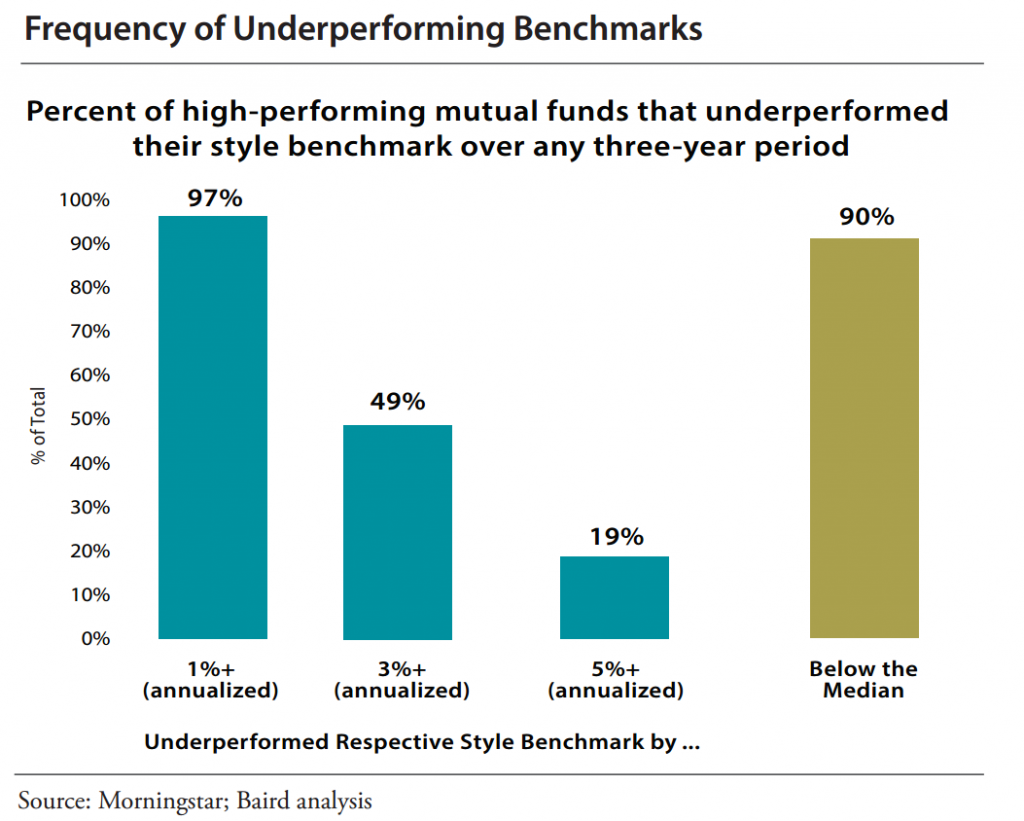 In fact, the report says, “virtually all of the best investment managers, based on 10-year performance, experienced three-year stretches where they underperformed their benchmarks and peers.” The evidence shows that a manager’s likelihood of success increases over longer holding periods, and that “it may pay for an investor to stay with a top-performing manager through times of poor relative performance”: 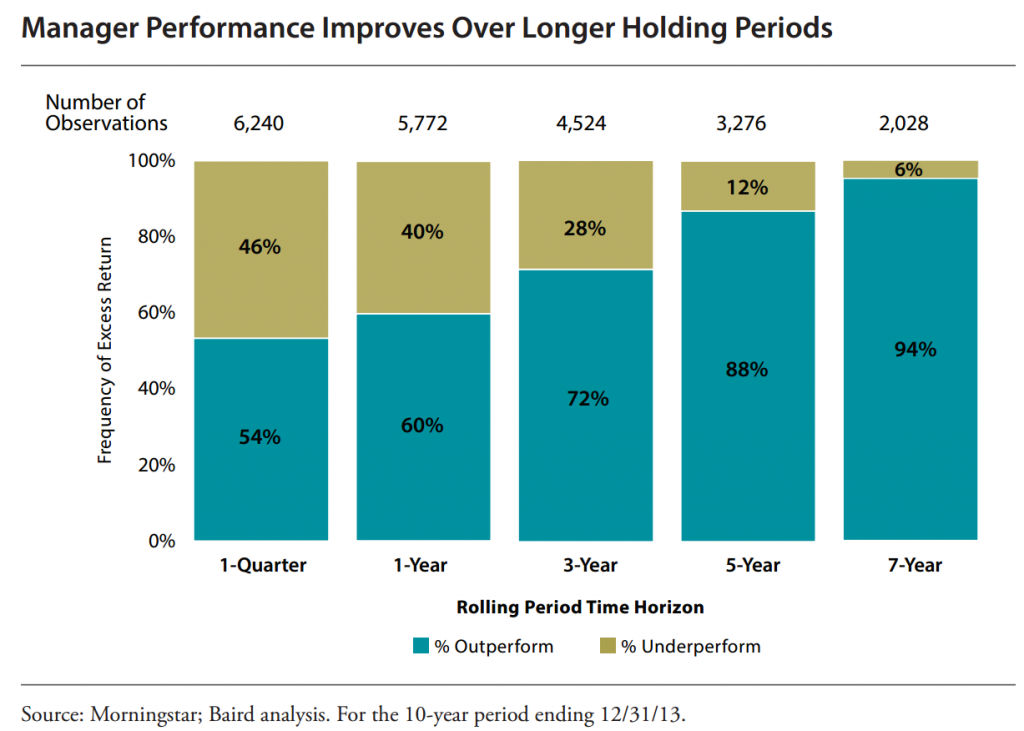 When investors rush into funds after a period of strong performance, the report argues, they can effectively end up buying high (as funds come off a successful period) and selling low (from funds coming off a weak period), an ill-fated pattern of behavior in the investment world.

That’s not to say that a fund manager change isn’t sometimes warranted, however. If, for example, an investor doesn’t agree with a manager’s fundamental investment philosophy or if a fund’s performance is consistently lackluster relative to its peers, the paper supports re-evaluating the relationship. The overriding theme, however, is that accurately evaluating fund managers requires taking a long view.