Goldman Sachs and Pacific Investment Management Co. (PIMCO) see “safe places, even in corporate bonds, to ride out credit and rate risk that loom large over an aging  growth cycle,” according to a recent article in Bloomberg.

The sentiment stands in contrast to what Bank of America Merrill Lynch indexes showed as the “steepest first-quarter losses on U.S. investment-grade company bonds since 1996.”

In a Bloomberg TV interview, Pimco’s CIO of global credit, Mark Kiesel, said, “Given we are in the second half of the economic expansion, now is the time to move more into investment grade and high-quality sectors,” advising caution on high yield bonds. 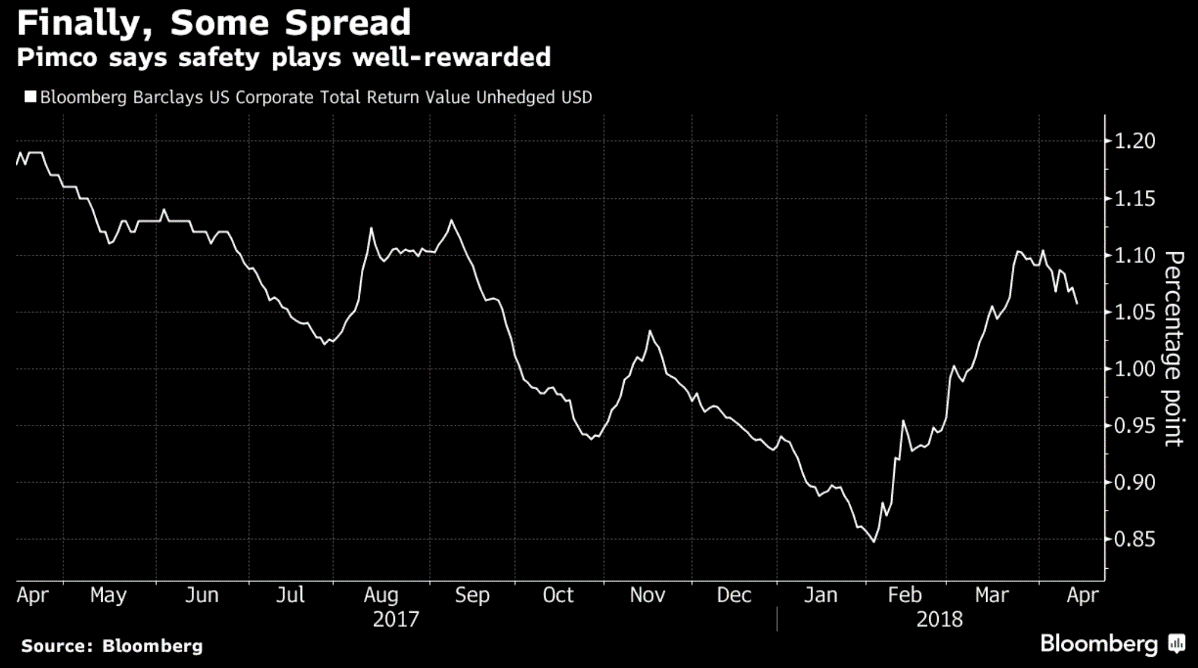 According to Goldman Sachs strategists, the article reports, “investment-grade corporate bonds will outperform government peers as yields rise, with credit spreads narrowing by year-end.” The article says they prefer bank bonds and asset-backed securities with between one- and three-year maturities.

Although “many remain skeptical on the market’s outlook,” Kiesel argues that the rise in higher-quality corporate bond yields means “You can actually de-risk, go up the capital structure and own higher-quality companies and still get decent yield.”