Jeffrey Gundlach says that a yield of 3% on the ten-year Treasury bond would represent the end of the three-decade bond rally, according to a recent Bloomberg article.

The DoubleLine CEO’s threshold differs from the one set by Janus’s Bill Gross, who believes that 2.6% would signal the end of the bull.

Gundlach argues that Trump’s election and tax-reform policies have “fueled rising confidence among corporate executives, small-business owners and consumers, raising the prospect that economic growth can reach 3 percent,” but warns that the president’s push for international trade barriers would impede growth.

He characterizes a 3% yield on the 10-year Treasury as “the last line in the sand” that would result in “bye-bye bond bull market. Rest in peace.” 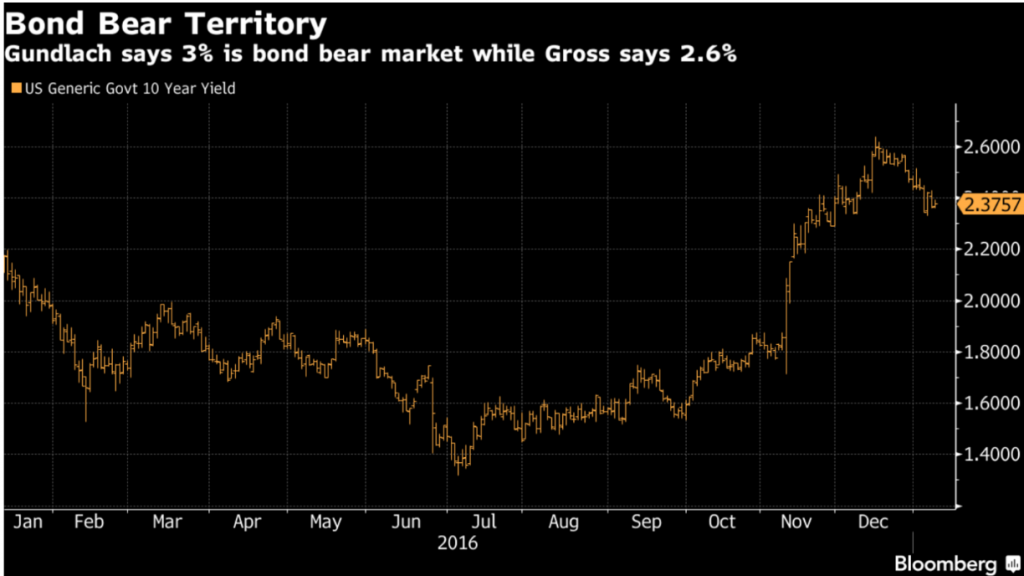