Crowded trades can undermine investors’ attempts to find safe havens, according to an article in last month’s Wall Street Journal. “Now it is more expensive to insure against losses in utility and consumer-stapes stocks and related trades than numerous assets world-wide.”

Defensive stocks “soared” in the first half of this year, the article says, “as ultralow bond yields drove money flows into shares of high-dividend companies.” But this flow has fallen off in the third quarter “as valuations for the sectors reached multiyear highs.” And if the Fed raises rates in December, the effect on “bond-proxy” stocks such as utility, telephone and staples could be magnified.

Data compiled by Bank of America shows that protection against losses in these sectors in the form of options has become very costly. While the bank encourages hedging “further potential weakness in bond proxies,” it recommends seeking alternatives to expensive put options on these types of stocks. One example, according to Maneesh Deshpande, head of equity derivatives at Barclays, would be real-estate investment trusts.

“The worry is that if rates start to explode real estate would suffer.” However, he argues, “As long as Fed officials are cautious, which they have stated they intend to be, REITs should fare better.” 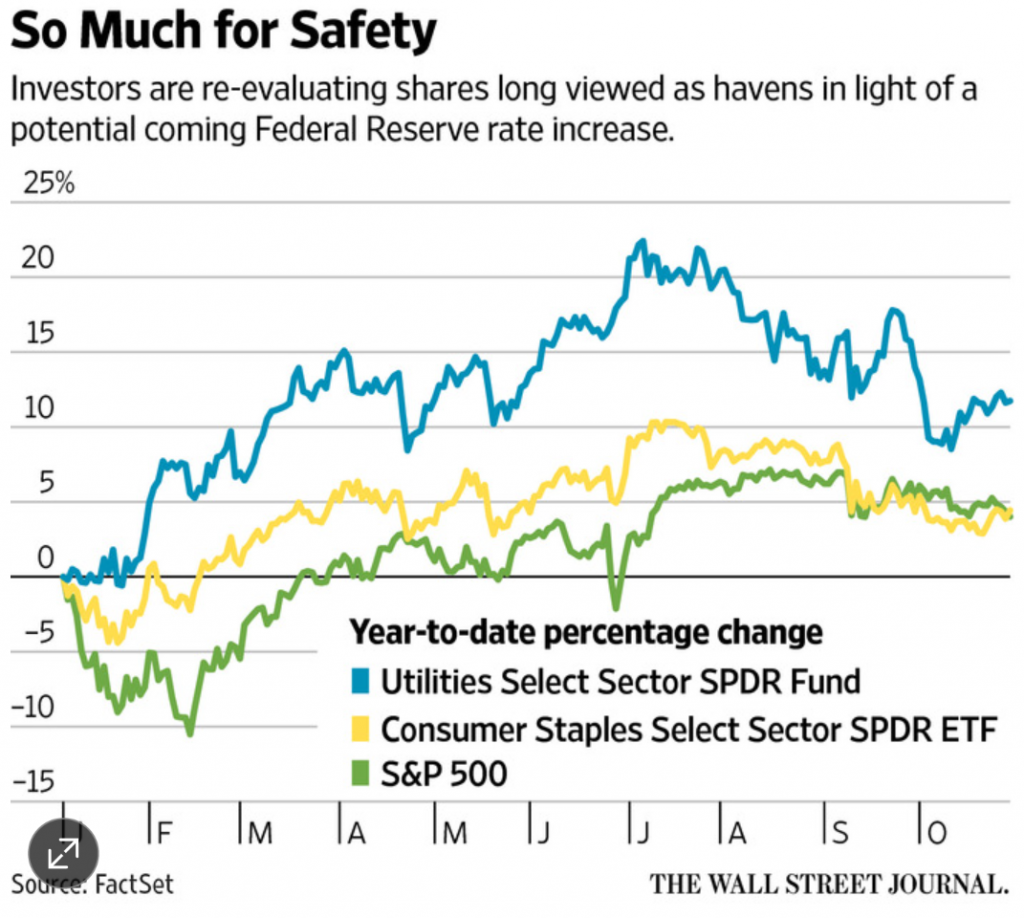