Despite the fact that hedge funds have “fallen on hard times”, writes columnist Nir Kaissar in a recent Bloomberg article, “don’t shed a tear for the industry just yet.”

The article reports that, although the industry hasn’t kept pace with the broader market in recent years (citing Alan Fournier’s Pennant Capital Management and David Einhorn’s Greenlight Capital as examples), on the whole it has performed better than some of the “star” managers–the HFRI Fund Weighted Composite Index returned 0.3% during the first quarter, it adds, compared with a negative 0.8% for the S&P 500 (including dividends).

And despite lackluster performance, the article reports that hedge fund assets are at a record high: 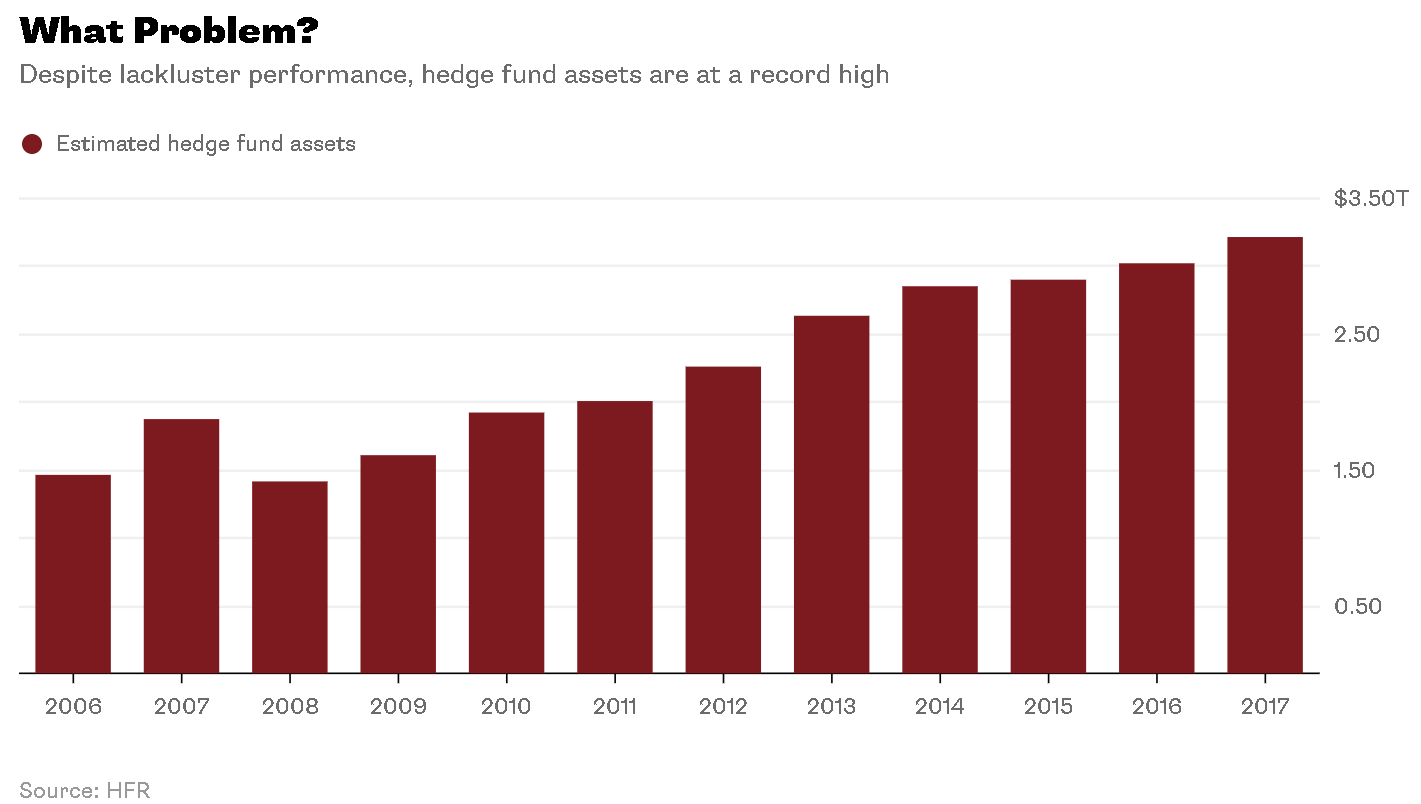 “Still,” the article argues, “the recent stumbles of the industry’s most celebrated managers are a turning point that hedgies should heed. Mutual funds have been through this, and their experience is instructive.” The mutual fund industry, it says, was once dominated by “star” managers (who were paid handsomely)—it cites Peter Lynch and Bill Miller as examples—but adds that because investing styles go through periods where they simply don’t work, “the market eventually turns on most managers.”

The article highlights how smart-beta and exchange-traded funds are “cheaper, more transparent and increasingly popular with investors:” 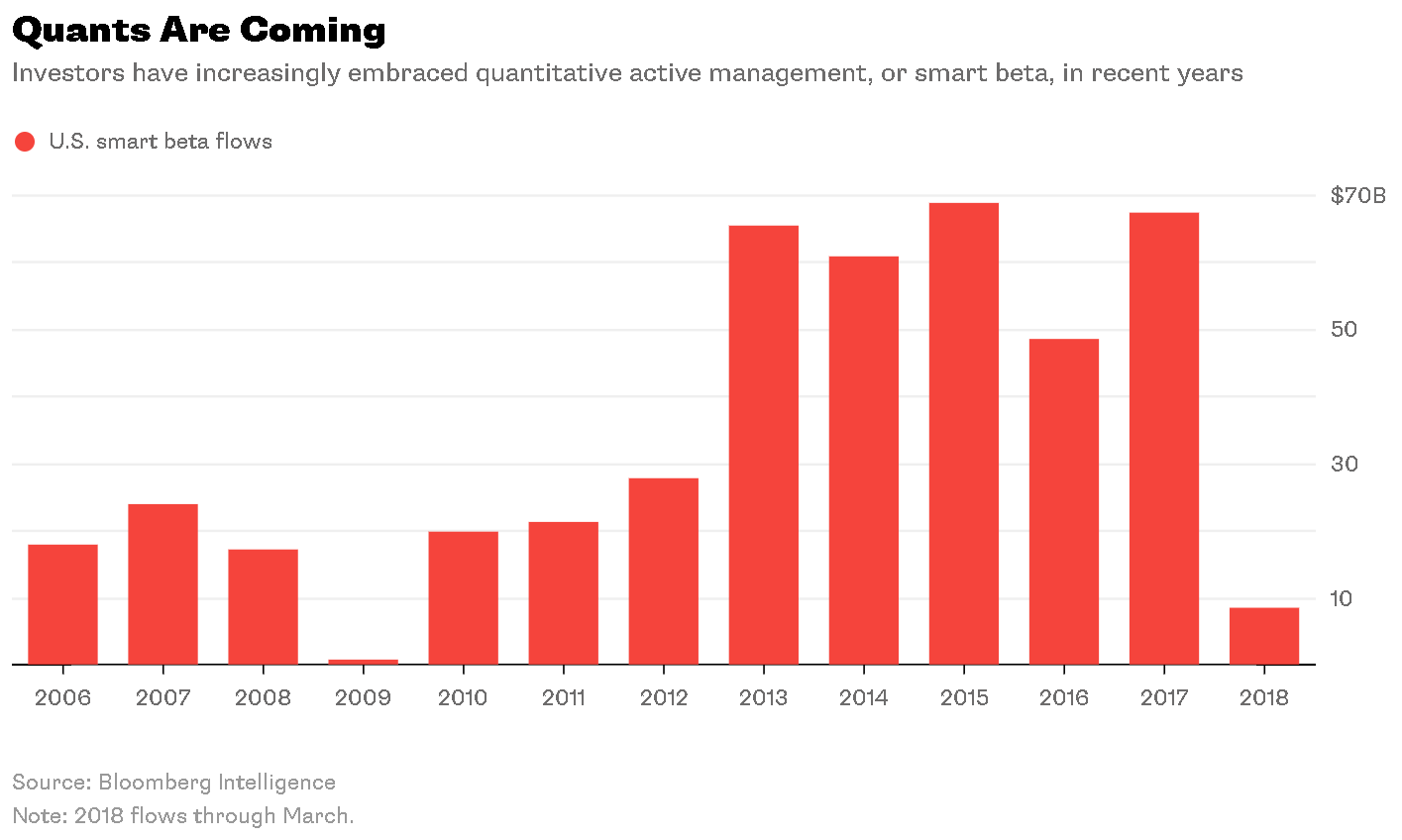 “There are already several dozen ETFs,” the article reports, “that replicate hedge fund strategies such as long-short equity, market neutral and arbitrage. It’s early days, but more will undoubtedly follow, and they’ll become better and cheaper with time