A recent article in Bloomberg discusses the tendency for hedge funds to pitch their best investment ideas at investor conferences, only to then “sell pitched stocks after the conferences to take profit and create room for better investment opportunities.” 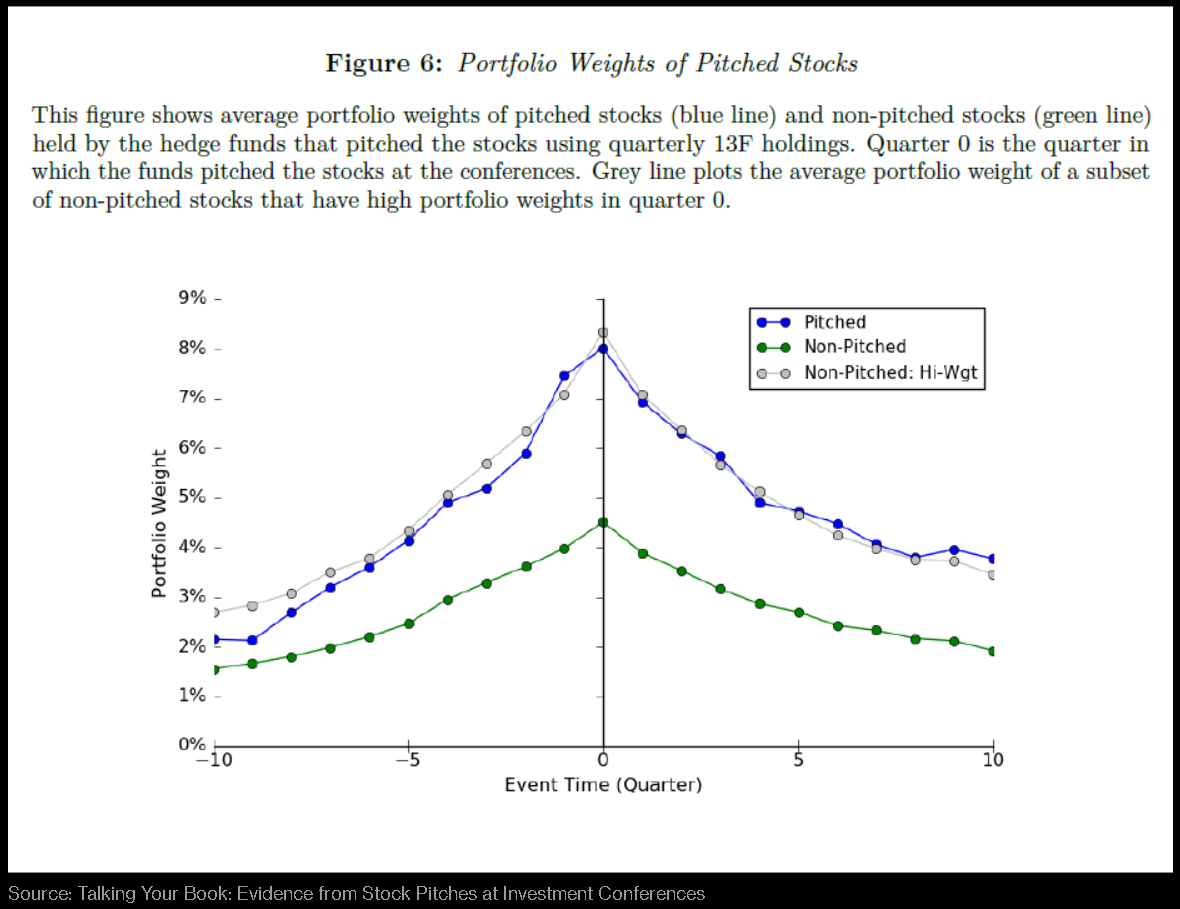 The article reports that a new study by Harvard doctoral student Patrick Luo (in which he reviewed nearly 30 investment conferences that took place between 2008 to 2013) shows that “on average, a hedge fund manager that pitches a stock at a conference cuts its weighting in his portfolio within the first quarter after praising it.” Luo estimates that investors can gain 1% in the first two days after a conference “pitch” by following the advice “while simultaneously selling the market.”

The pitched stocks, Luo points out, sometimes keep rising for months after being mentioned. His research also shows that they tend to outperform other stocks that hedge funds hold but don’t mention on stage. “The majority of the outperformance,” writes Luo, “occurs before the pitches. Outperformance after the pitches are likely driven by inflows from other investors that follow these investment conferences.”