A finance professor at Cornell University has introduced yet another stock market valuation indicator and has found it to be more accurate than many others, including the Shiller PE (also known as the CAPE ratio). This according to a recent MarketWatch article by Mark Hulbert.

Professor Darien Huang based the new indicator on the price ratio of gold to platinum because, as told to Hulbert in an interview, platinum is a “purer play on industrial demand than is gold.” Hulbert explains, “Bullion, of course, at least partially reflects investor demand for a disaster hedge.” So, when the ratio of gold to platinum is high, according to Huang, the market is discounting a higher-than-average degree of risk and equities, in turn, must then provide a higher-than-average return for that risk.

Huang’s research found that, since 1975, the gold-platinum ratio had a better track record than the nine other indicators that “academics have found to have predictive ability.” 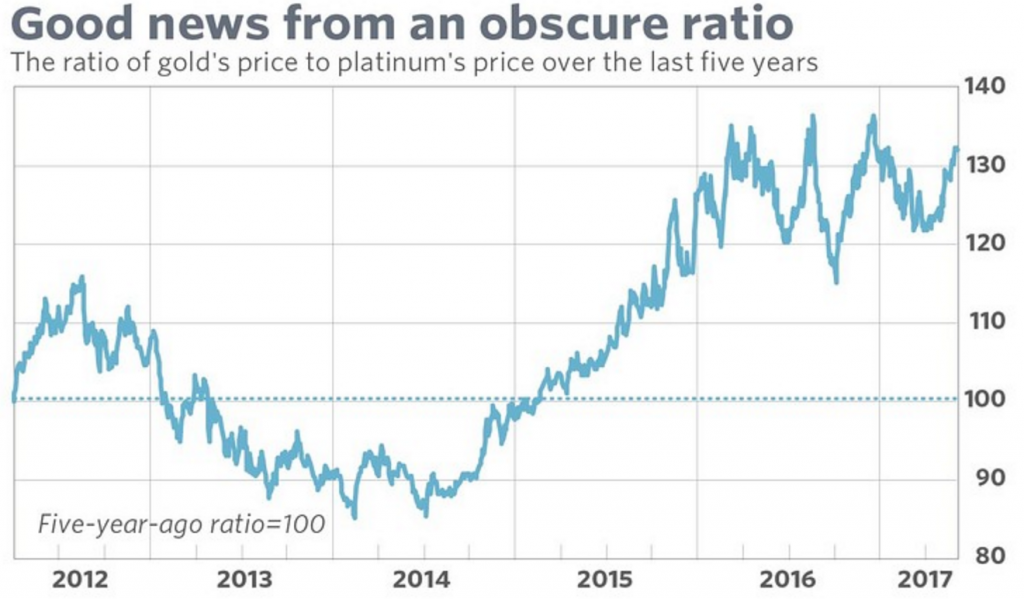