Whether or not the yield curve on U.S. Treasuries is inverted can be a useful tool in forecasting the next recession, according to a recent Barron’s article.

The inverted yield curve has predicted three of the past three recessions, the article says, which “helps lend confidence to its predictive powers.”

The article cites a 2010 Fed report titled “Monetary Cycles, Financial Cycles, and the Business Cycle,” which explains why an inverted yield curve signals recession. It asserts that financial institutions “tend to borrow on the short end and lend on the long. And when borrowing short costs as much or more than gains from lending long, this “reduces net interest margin, which is turn makes lending less profitable, leading to a contraction in the supply of credit,” according to Barron’s. 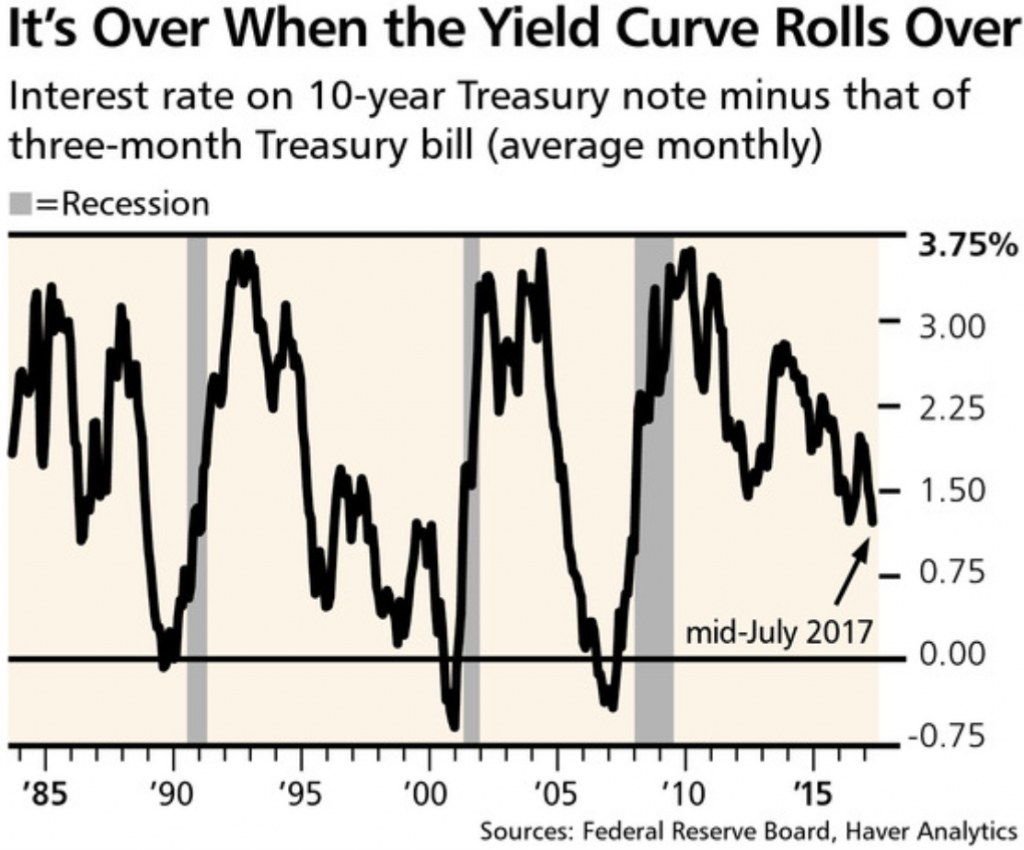 “Since the yield curve is still positive,” the article says, “it seems the expansion still has breathing room.” It cites, however, that the “consensus of Blue-Chip economic forecasters” puts the odds of a recession doubling next year to about one chance in four, up from this year’s estimate of one chance in eight.

Gamification: Is It Bad?