It’s the time of year when holiday party-goers lament their seasonal overindulgences and commit to “turning over a new leaf” on January 1st— promises to hit the gym every day, clear the pantry of junk food and turn off devices during family time are among the hopeful resolutions traded over hors d’oeuvres and prosecco. It’s also a time for reflection on the year that’s passed and setting in place a plan for the year ahead.

When it comes to investing, a good way to prepare for the year ahead is to take inventory of the events, trends, and missteps that occurred during the year and how they may—or may not—influence your strategy. In creating stock screening models, we turned to the strategies of famous and successful investors such as Benjamin Graham, Warren Buffett, and Peter Lynch, household names in the industry who focused on business fundamentals that stand the test of time, year after year. It might not be as exciting as office-party karaoke, but it provides a strong foundation for a secure financial future–no gym membership required.

Looking back on 2016, here are some key observations:

Even “expert” predictions are still just predictions: Experts predicted that Britain would vote to stay in the EU, which didn’t happen. Donald Trump is our president-elect, despite overwhelming predictions and polling forecasts to the contrary. These two events should drive home the point that forecasts and speculation, even from “experts”, are often dead wrong. In 2005, Wharton professor Philip Tetlock studied how successful experts were at forecasting and discovered that they could explain only 20 percent of the variability in the outcomes in their own predictions, regardless of their educational backgrounds, experience or access to information. In fact, he found that the more famous the expert, the less the accuracy of their predictions.

Investing in an activity rife with unpredictable outcomes and the tendency for people based on emotion rather than cold, hard facts. Quantitative stock screening models take the emotion out of investing and help us avoid buying or selling stock at the worst possible times. That’s why we have designed portfolios that track the quantitative strategies of successful investors who look for strong companies with sustainable operations. One such guru, James O’Shaughnessy, wrote in his book What Works on Wall Street that human forecasters fall short of statistical models because they are affected by emotion, make inconsistent judgements, act in short-sighted ways or suffer from overconfidence. Benjamin Graham, who inspired millions with his book The Intelligent Investor said, “Investing isn’t about beating others at their game. It’s about controlling yourself at your own game.” A good thing to keep in mind when listening to the advice of “expert” forecasters.

Value works over time, but not all the time: While value stocks worked well in 2016, we know that they can go through stretches of underperformance. 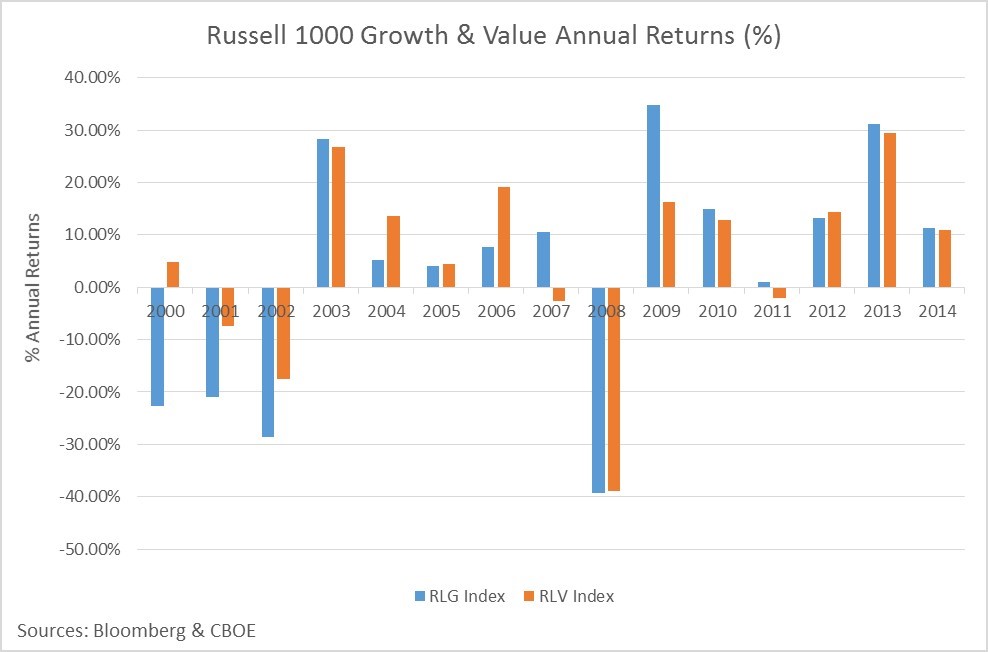 Back in June, Bloomberg Gadfly Nir Kaissar wrote that the prior decade’s favor for growth stocks was posed for a turning of the tides, citing data showing that, year-to-date investors had withdrawn $6.2 billion from growth ETFs and invested $5.5 billion into value ETFs. While recent data shows that value outperforms growth during times of economic expansion, this has not held true over the long-run since the start of the recovery in 2009. “Value stocks,” said Kaissar,”never have and never will dance to the rhythm of the business or market cycles.”

Famous value investor Joel Greenblatt, in his Little Book That Beats The Market” wrote that if his value-oriented “Magic Formula” always worked, investors would gravitate to it and the share prices of those stocks identified “would be pushed higher almost immediately” and make the bargains disappear. But this doesn’t happen because, when the sometimes (and inevitably) the strategy falls short, many investors cut and run, allowing the hangers-on to get stocks on the cheap.

We’ve been saying for some time that a reversion of value stocks was likely. We didn’t know what the catalyst was going to be, but our general belief was that value stocks were setting up nicely for a strong period of outperformance over growth given their relative underperformance since the bull market started in 2009. As history shows in the chart below, courtesy of Euclidean Technologies via Advisor Perspectives, after periods where growth outperforms value there is a big catch up in value stocks. At the end date of the chart in 2015, the recent value rebound had not begun, but even after the 2016 rebound, value still looks good relative to growth. 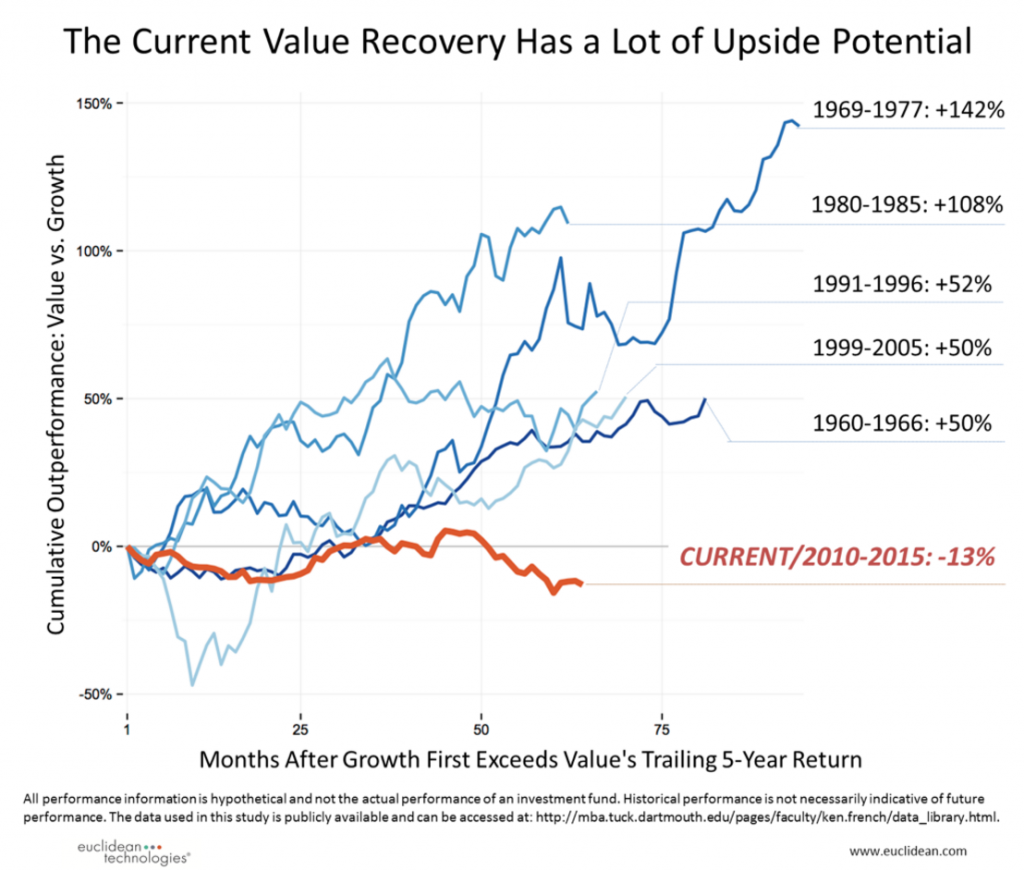 Better days may be ahead for active investing: This past year has seen a continued flow of dollars into passive index funds as active managers have struggled to generate outperformance for their clients. The chart below taken from S&P’s SPIVA U.S. Scorecard as of June 30th, 2016 shows the percentage of active funds across all categories that that beaten their respective benchmarks and the results are not pretty.

But a shift may be on the horizon. Data from Bank of America Merrill Lynch shows that, at the end of the third quarter, 58% of active stock managers beat their benchmarks. A Wall Street Journal article from October argues, “stock pickers say it is only a matter of time before they again ride high.” Better performance out of value stocks, small and mid-caps as well as economically sensitive names may create the environment needed for active managers to shine (or at the very least have a larger percentage of managers delivering market beating returns). Further helping active managers this year is much better performance across a broader number of securities than in past years. In 2015, for example, most of the market’s returns were driven by a handful of very large, growth names. In 2016, however, the dispersion of returns is much wider. Active managers positioned for this part of the market cycle will have an opportunity to deliver value for their investors. 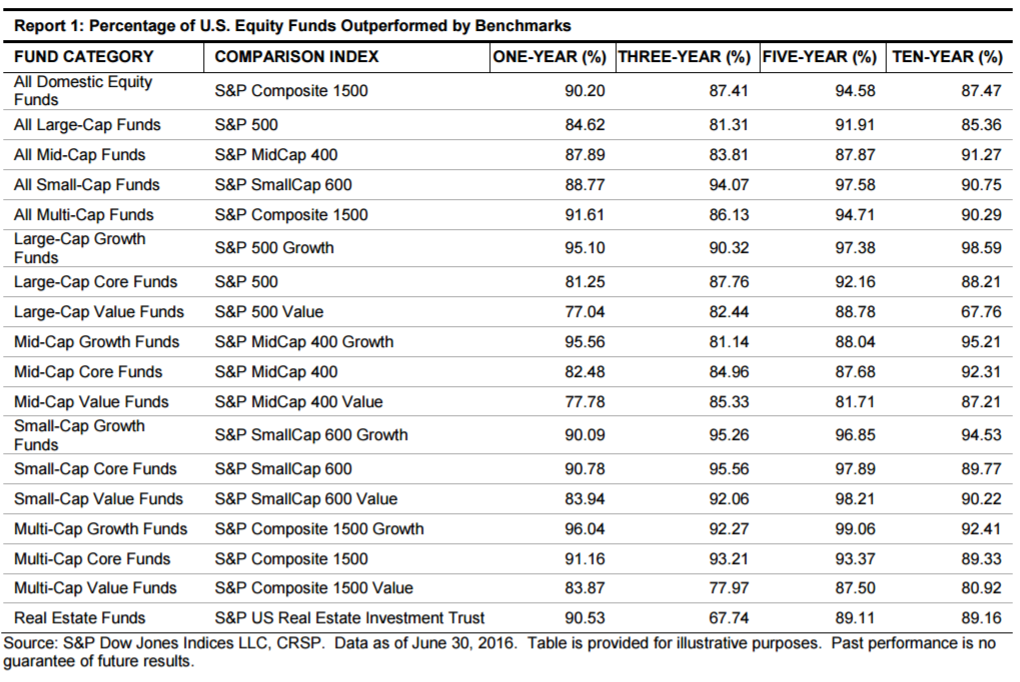 Second-Guessing the Market is Risky: No matter how often we hear that stock market timing is ultimately a losing proposition, some still try. Investors are emotional beings, after all, and can get swayed (and panicked) by headlines, TV personalities, and events. Unfortunately, what often happens in these situations is a buy-high, sell-low scenario. Take the example of the recent Trump victory—those investors that were cash-heavy or conservatively invested going into the election saw the market move dramatically post-election. So those wary investors are now faced with the decision of how to participate in the rally—do they wait for a pullback to buy? Will they then miss out on even more gains?

Studies have shown that almost all big stock market gains and dips are concentrated in a small percentage of the year’s trading days, so missing just a few good ones can significantly eat into investor gains.

As you think about these lessons and observations from this year, think about this piece of wisdom from Ben Graham — “With every new wave of optimism or pessimism, we are ready to abandon history and time-tested principles, but we cling tenaciously and unquestioningly to our prejudices”. In the coming year, and subsequent years, when you are faced with both good and bad markets try and remember Graham’s guidance. Finding a strategy you believe in, you can stick with and one that is grounded in investing (not speculating) is the best way to achieve long term success no matter what the market throws at you in the short run.