This section of the Tweedy Browne publication What Has Worked In Investing referenced in yesterday’s blog describes the investment approach related to low price in relation to earnings.

Legendary value investor Benjamin Graham’s focused on what he called the “margin of safety” (the difference between a stock’s price and the company’s underlying value) and gravitated toward stocks that had price-earnings ratios below 15. The Tweedy publication references a study that tested Graham’s criteria on stocks listed on the NYSE-AMEX index (between 1974 and 1981).

Results show that an investor who employed Graham’s criteria during this period achieved a mean annual return of 38% versus 14% per year (including dividends) from the market index:

The price-earnings metric was also examined by McMaster University finance professor Sanjoy Basu who reported his results in the June 1977 issue of Journal of Finance. His study covered NYSE listed companies (about 500 annually) over a 14-year period from 1957 through 1971. The results are illustrated below:

Similar findings were reported by Yale professor Roger Ibbotson in a separate study examining data from the period between 1967 to 1984: 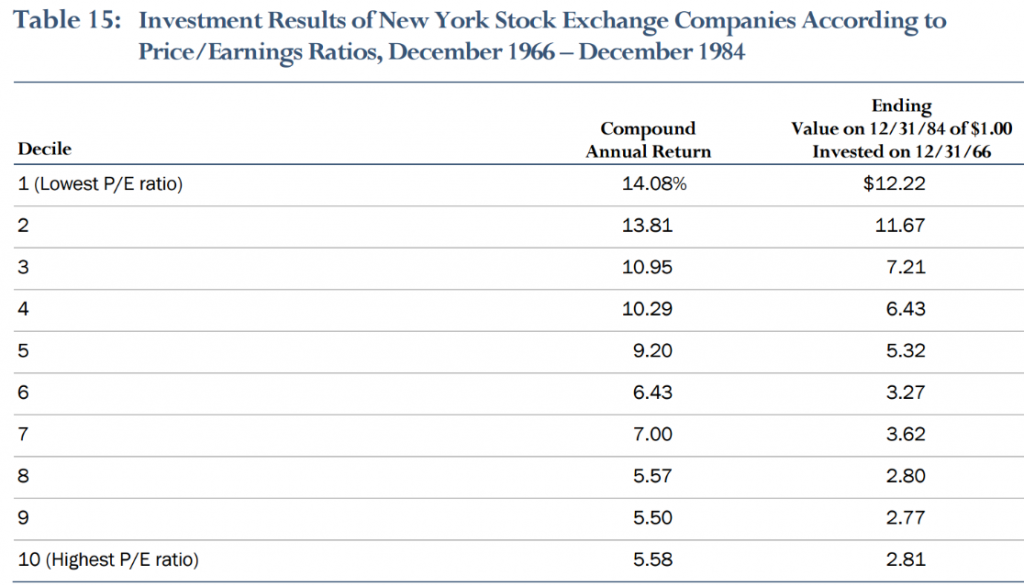