The current state of the global financial markets isn’t necessarily in alignment with what one would reasonably expect, according to a BloombergView article from earlier this month. Weak global growth, Brexit, suppressed oil prices and the “impotence” of central banks are among the factors that would indicate a move toward increased demand for U.S. Treasuries and an aversion to junk bonds, but the article argues that this isn’t what’s happening.

It also calls into question whether, in light of these issues, current stock valuations can be justified and suggests that “things are way out of alignment”, a situation which may lead to a major market correction.

On the flip side, it points to some indicators that might explain the stretched valuations, if not justify them. Equities remain attractive, it says, given dividend yields on the S&P 500 relative to ten-year government debt:

If dividend yields were to match that of Treasuries, the PE ratio of the S&P would be “closer to 63 than its current level of about 20” which, the article argues, would indicate that stocks are actually undervalued. This, along with the prospect of fiscal stimulus and infrastructure spending, might offer investors comfort. The conclusion: “The pressure on politicians to do their bit will grow, in the euro zone as well as the U.S.” 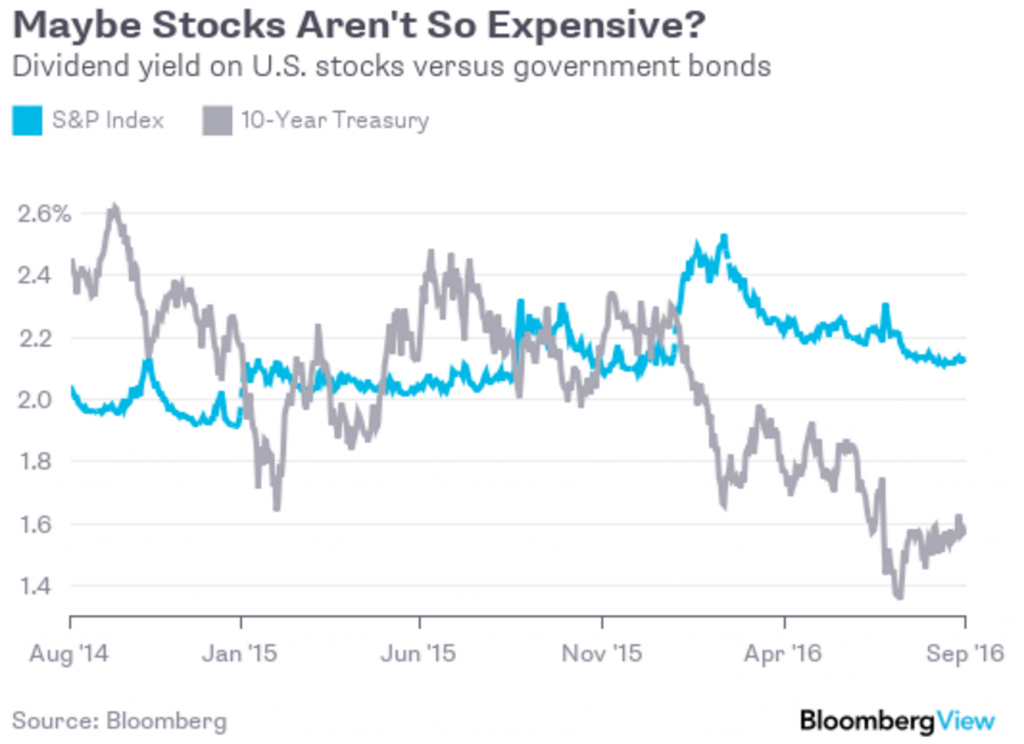