Passive investing has grown to the point where “putting your money in an index-tracking fund is a move requiring an active decision,” say researchers at Sanford C Bernstein & Co. This according to a recent article in Bloomberg.

The researchers reported: “Ultimately, this brings us to a bigger point, which is that there is, really, no such thing as passive investing.” 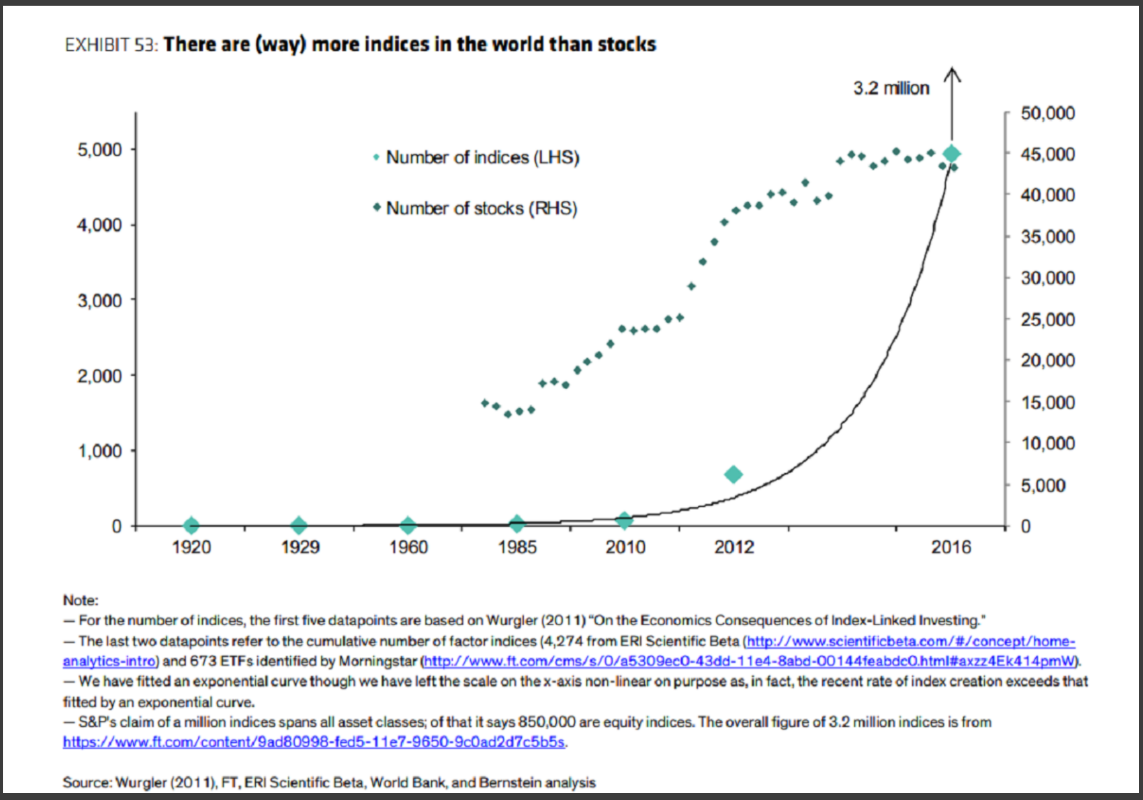 The researchers based their findings on “the millions of indexes in existence, which far surpass the number of single securities. Do a little math and the madness is clear: with 3,000 easily investible stocks, the number of possible combinations to turn into an index is a Googol (that number, written out, would be 1 followed by 100 zeros.)”

Some firms, the article reports, are using model portfolios and robo-advisers to help clients with asset allocation. Andrew Craswell, VP of investor services at Brown Brothers Harriman, says, “We continue to see even traditional active managers using passive holdings in their portfolios either as some sort of tactical or long-term asset allocation decision. The active and passive divide is certainly blurring.”