These days, gold looks particularly shiny to investors who are trying to mitigate risk in an uncertain global economy (so far this year, gold is up 29%). But an article in last week’s Wall Street Journal reports findings of two Harvard researchers who say the precious metal doesn’t deserve the hype.

The researchers argue that if gold was indeed a bona fide hedge, its price would “shoot up as economic growth and consumption plummet.” However, as the chart illustrates, recent data refutes such a dramatic correlation.

The team also analyzed trends in gold during a series of negative economic events (such as The Great Depression) and found that, during 56 “disaster” periods between 1880 and 2011, gold price gains (inflation-adjusted) averaged 2.1% per year—not much better than during normal periods. However, investors didn’t get much in return. During the same period, the average growth rate of gold was 1.1% per year, only slightly higher than the 1% average real rate of return on 3-month U.S. Treasuries. 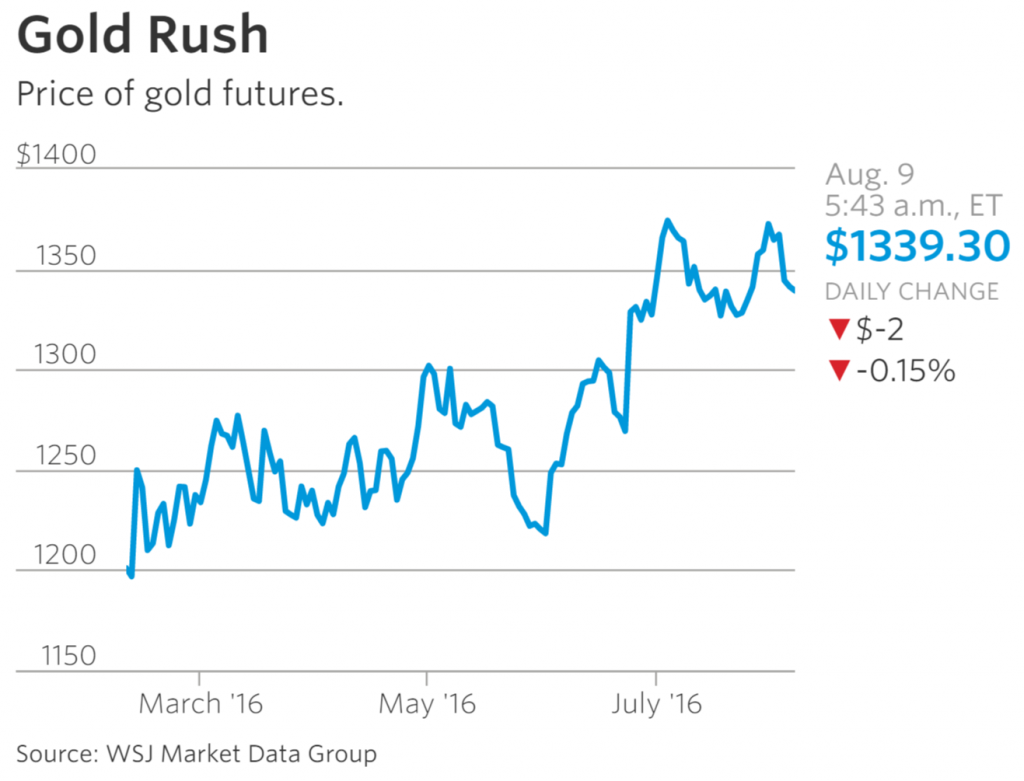