A recent Bloomberg article addresses the question of whether to “push the sell button on winning trades,” given that the global economy has entered the late stages of the current cycle. According to JPMorgan, the article reports, investors shouldn’t be in a rush. 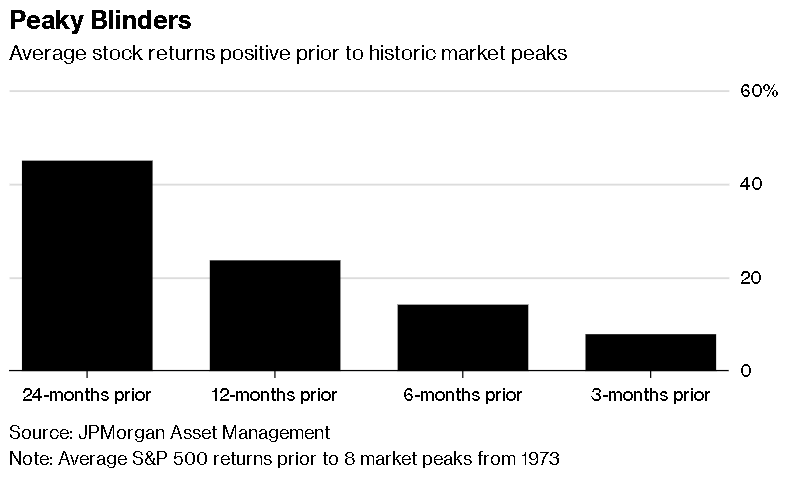 In a recent note, JPMorgan global market strategist Samantha Azzarello wrote, “Indeed, this ‘late stage’ could be long, sticky and drawn out, just like the broader cycle. Calling the end would be a fool’s errand and could result in missed opportunities.” Using returns going back to 1973, Azzarello calculated that investors leaving the market two years before a peak have given up about 45% in upside, or an average of 14% if exiting six months before a peak.

Although increased bond yields, a stronger dollar and higher oil prices are triggering caution, the article points out, tech shares continue to rally and “copper, often seen as a barometer for the global economy, is trading close to a four-year high.”

Not panicking is key, says JPMorgan. Azzarello advises investors to stay invested, taking gains where it makes sense but avoiding risk bets. “Exiting the market too early,” she warns, “may leave considerable money on the table.”