Director of Research for the independent investment advisor community BAM Alliance, Larry Swedroe, offers his take on the current underperformance of emerging markets versus U.S. stocks, the importance of recognizing recency bias, and the sensibility of buying low and staying globally diversified over the long-term. He notes that from 2008-15, the S&P 500 returned 6.5% annually for a total return of 66%, while the MSCI Emerging Markets Index lost 2.8% per year for a total return of negative 21% and also experienced significantly more volatility. Other measures show a similar comparison over the early months of 2016 or over a five-year period. Discussing the concepts related in the image below, Swedroe highlights the role of recency bias – the tendency to “overweight recent events/trends and ignore long-term evidence” – in why “investors manag[e] to underperform the very funds in which they invest” by “buy[ing] after periods of strong performance . . . and sell[ing] after periods of poor performance.” He asserts that investors should instead strive for “disciplined rebalancing” as markets shift, noting that 2003-07 the S&P 500 returned 12.8% annually while the MSCI Emerging Markets Index produced annualized returns of 37.5%, with total returns at 82.9% and 390.8% respectively. He advises that “these types of divergences in returns are to be expected (though they happen in unexpected ways)” and, therefore, “we diversify across the globe because we don’t have clear crystal balls that can tell us which will be the best performing countries.” Accordingly, success is, according to Swedroe, “remaining disciplined and adhering to your asset allocation plan,” which includes “having the courage to rebalance your target allocations, buying what has done poorly and selling what has done well.”

Swedroe says that “the best predictors we have of future returns are current valuations” and “U.S. valuations are now much higher than emerging market valuations.” He reminds readers that “there’s an inverse relationship between risk and expected returns” then suggests that the “expected real return for U.S. stocks [is] about 6%, which compares with an expected real return of 8.8% for emerging market stocks” based on the earnings yield method preferred by financial economists. Swedroe also notes that Christopher Brightman of Research Affiliates describes EM stocks as “the trade of the decade” right now based on the Shiller Cyclically Adjusted Price Earnings Ratio (CAPE 10), which stood at 10 in January and has only dipped lower than that six times in the last 25 years, and rallied an average of 188% in the five years following each such dip. As Brightman put it: “From the rearview mirror, the bear market in emerging markets has been painful. When we look out of the windshield, however, these very asset classes offer the highest potential returns available.”

Longer term, Swedroe points to the work of Clifford Asness et al. that suggests that investors with long-term horizons will benefit from a globally diversified portfolio. Looking at 22 developed-market countries from 1950 to 2008, they found that, as Swedroe summarizes, “over the long run, markets don’t exhibit the same tendency to suffer or crash together” that may appear in short-term systemic financial crises. Thus, Swedroe, notes, “investors should not allow short-term failures to blind them to long-term benefits.” Asness et al. observe that risk aversion based shocks may cause simultaneous crashes, but appear to be “a short-lived phenomenon” and “over the long-run, economic performance drives returns.” Indeed, they note, “country specific performance dominates long-term performance, going from explaining about 1% of quarterly returns to 39% of 15-year returns and rising quite linearly in time.”

Thus, Swedroe recommends that “build[ing] a globally diversified portfolio” is “simply the necessary condition for success.” He reminds readers that Warren Buffet remarked, “the most important quality for an investor is temperament, not intellect.” Accordingly, Swedroe urges investors to “stay the course” or, at least, “buy when others are panicked and selling.” 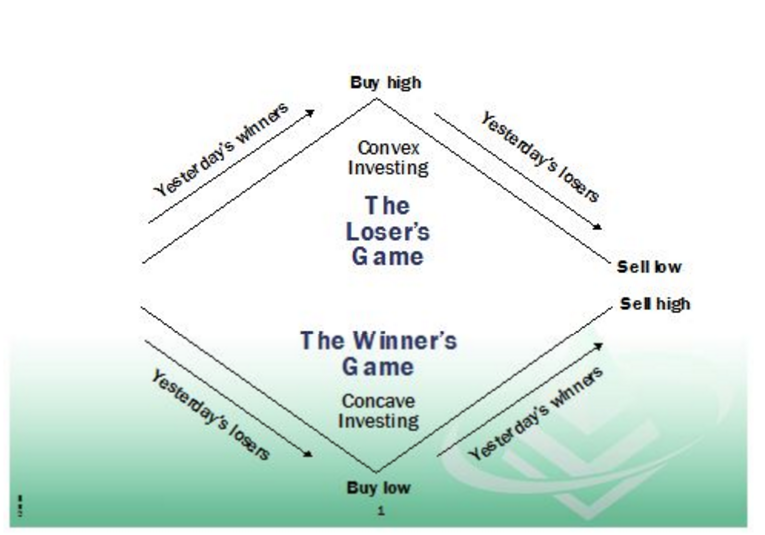