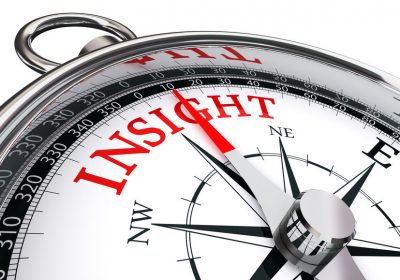 The original “hierarchy of needs” model was developed by Abraham Maslow in 1943. Maslow proposed the hierarchy as a way to understand human motivation and later extended it to human curiosity. The hierarchy can be viewed as a pyramid with layers, which included things like “physiological,” “safety,” “belonging and love,” “esteem,” and “self-actualization”. Each part builds off the one below, and before one could move up the pyramid the existing layer would need to be understood and internalized.

In a recent podcast with Chris Hill of The Motley Fool, Morgan Housel of the Collaborative Fund referenced something called the he called the “hierarchy of investor needs“. As Housel puts it, “There is a hierarchy of investor needs, in other words. Some investing skills have to be mastered before any other skills matter at all.” This is a good way to approach investing. And I think it can help investors understand what is important and where they should be spending their time and energy.

In the hierarchy expressed by Housel, (see the image below) you’ll see that investor behavior is the foundation, asset allocation comes next, followed by fees and transaction costs, security selection and lastly taxes. Today most believe that with Maslow’s hierarchy, the levels are overlapping and lower levels can take precedent at any time over the higher levels. The same can be true for investing as a lot of these topics bleed over into each other, and at different times in the investment decision making process multiple layers might be needed to draw upon in order make the best decision given the circumstances.

I thought it would be a worthwhile exercise to look at each of levels in the hierarchy, expanding on both their importance in isolation and together, while also providing a few concrete examples how these layers impact investors. 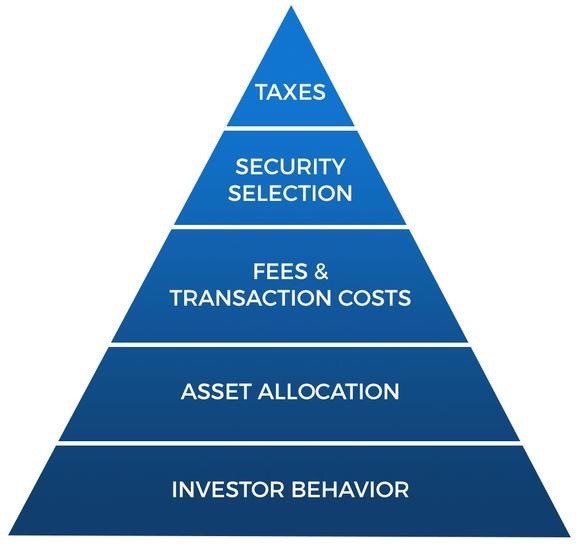 Behavior sits at the very bottom of the pyramid (the most important building block) for a good reason. The behaviors we exhibit when investing, which are influenced by our emotions, biases, experiences, surroundings and even our evolutionary psychology, play a major role in all the decisions up the pyramid. Behavior is also the hardest to see. Our behavior and emotions aren’t reported daily on CNBC or in The Wall Street Journal and so the behaviors and biases we have are often hidden under the surface and in each of us.

This Business Insider article – 58 cognitive biases that screw up everything we do – highlights just how many psychological factors can sandbag our decisions. The chart below, from Brian Portnoy’s new book, The Geometry of Wealth, outlines six of the most impactful biases that can derail even the best thought-out investing plans. Most investors have fallen victim to these at one time or another. 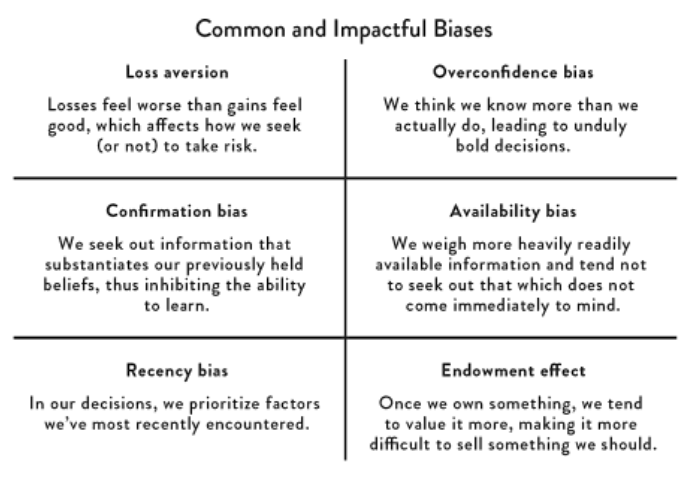 Source: The Geometry of Wealth: How To Shape A Life Of Money And Meaning

While it may be unrealistic to think investors can overcome all the biases that exist, there are a few defensive mechanisms we can consider.

For instance, an investor’s temperament, particularly during periods when asset prices fall, may be one of the most important inputs in this part of the hierarchy. At the end of 2008 and early 2009, billions of dollars poured out of equities and stock funds and into cash and bonds. This pattern of selling after the worst of the stock market’s decline happens like clockwork during most corrections and bear markets. The reason is that investors have an aversion to loss (they feel losses twice as much as they value gains) and they extrapolate recent events into the future. The mutual fund and ETF fund flow data shows that in the depths of a bear market, those emotions take control and many investors liquidate their stock holdings and move to less risky assets. However, those investors who understood that all bear markets eventually end, that stocks are highly volatile, and that in the short to medium term stocks represent ownership in companies with assets and future cash flows and profits were more likely able to control their emotions and avoid making a temporary loss in stocks a permanent loss by selling.

In October of 2008, Warren Buffett wrote this piece in the New York Times- “Buy American. I Am.” This is a beautiful example of an investor with the right temperament. Buffett wasn’t selling during the lows of 2008/2009, he was buying. He was able to control his emotions and use market history has a guidepost in helping him feel confident about his decision.

Another way to overcome the behavioral pitfalls of investing is to have a disciplined process. With nearly all of our investment decision making here at Validea, we utilize quantitative methods and techniques in an attempt to remove these biases and emotions. Now, none of these techniques are error free and full proof, but what they are is free of the subjective biases and emotions that often time get investors in trouble.

Think about the market over the past 10-20 years. Over the past 10 years an investor who over weighted U.S. equities (as represented by the S&P 500) would show superior returns compared to almost any investor who had a diversified basket of asset classes such as stocks (both domestic and foreign), bonds, and alternative assets like gold. However, from 1999-2009, which was known as the lost decade for U.S. large cap stocks, that performance would have been flipped the other way.

Many investors tend to have a home bias in their equity portfolios. This is caused by the fact that we know more about the companies in our own country versus other countries. Those investors who have had 100% domestic exposure have been the big winners in the current bull market, but as Wall Street Journal columnist Jason Zweig points out here the U.S. market hasn’t always been the winner and international stocks have provided a much needed boost to portfolios when U.S. markets fall out of favor.

“The U.S. was among the worst-performing stock markets worldwide in the 1970s and the 2000s; it also earned lower returns than the average international market in the 1980s.

Over the 10 years ended in December 1986, international stocks outperformed the U.S. by an average of 6.2 percentage points annually; even over the decade through December 2007, U.S. stocks lagged the rest of the world by an annualized average of 3.1 percentage points.”

The level of domestic and foreign stock exposure is one of many decisions in the overall asset allocation policy, but the larger point I’m trying to make here is having an understanding on the importance of asset allocation and the role it plays in short and long term returns is vital as investors think about growing their portfolios, diversification and risk management.

Returns in volatile asset classes can exhibit a wide dispersion year to year. Take stocks for example. While they may have a long term return of 10% per year, the performance in any given year can vary widely. However, the fees you pay or the cost of doing business (i.e. trading and other costs) are generally fixed. All else being equal, a fund that produces a gross return of 10% per year that charges a 2% management fee and has a 250% annual turnover is going to produce a lower return than a fund that returns 10% per year, charges 0.50% and has 50% annual turnover. That’s just simple math. Knowing that fees and transaction costs is important to understand because this has a direct impact on your bottom line.

Most financial advisors don’t encourage individual investors to buy individual stocks. Stock picking is very difficult and a lot of investors view picking stocks like buying a lottery ticket. They are looking for the next Apple, Amazon, Wal-Mart or Berkshire Hathaway, but the reality is over time very few companies go on to produce these types of gains and identifying these winners in advance is very difficult for most.

The other challenge with stock selection is most investors use the Peter Lynch method of investing in “buying what they know.” Of course, there is some merit in that but paying attention to the “price” they pay based on the  intrinsic value of the stock is a whole other ballgame. In the late 90s and early 2000s investors put multi-billion dollar valuations on companies with little or no earnings. In the late 60s and first part of the 70s, we saw the rise of the Nifty 50 – a group of large cap blue chip stocks where expectations eventually got so high that future returns were very poor.

“But is such a company’s stock worth any price, no matter how high? In late 1972, Xerox traded for 49 times earnings, Avon for 65 times earnings, Polaroid for 91 times earnings. When the stock market crashed in 1973, the Nifty Fifty defied gravity for a while, held up by institutional enthusiasm that created a two-tiered market of the richly priced Nifty Fifty and the depressed rest. Then, in the memorable words of a Forbes columnist, the Nifty Fifty were taken out and shot one by one. From their 1972–1973 highs to their 1974 lows, Xerox fell 71%, Avon 86%, and Polaroid.”

While I personally don’t think all investors should completely give up on educating themselves and holding individual stocks, I do think most should realize that in the hierarchy of investor needs there are multiple layers that need to be understood (behavior, asset allocation, fees) before one thinks they can add any value to their long term wealth creation by finding great stocks. If you are going to pick stocks, I firmly believe in following a process, both for buying and selling. Also, I think investors should stay in areas they know or are familiar with. This is what Buffett calls staying in one’s “circle of competence”.

As Shane Parrish of Farnam Street puts it, “Understanding your circle of competence helps you avoid problems, identify opportunities for improvement, and learn from others.” You may work for an airline, an energy company or have subject matter expertise in some other industry. That knowledge is important and valuable. What that also probably means is you shouldn’t be trying to pick the next blockbuster biotech company with a drug, which you know nothing about, in phase III clinical trials. 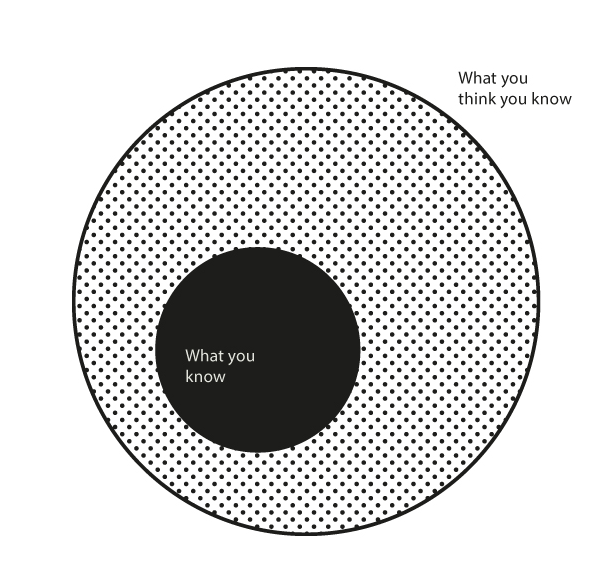 Taxes are the least of your worries if you don’t have a grasp of the lower parts of the pyramid, but if you can get some of the things right below taxes can become important.

Take two investors with a $1,000,000 taxable portfolio. Investor one grows his portfolio tax efficiently and generates an 8% annual return over 20 years. Investor two, generate an 8% return but doesn’t do it tax efficiently so he is on the hook for short term gains each year. The difference in value after 20 years? A quick back of the napkin calculation: the first investor ends with $4.6 million while the second investor ends with $2.7 million (the 8% annual return turns into an after tax return of 5.2% assuming a 35% short term capital gains rate as an estimate).

There are some things you can do in order to help avoid unnecessary taxes to help grow your investments. Here are a few ideas:

Investors who understand each of these parts in the hierarchy will be better served and give themselves a better chance at long term success. Focusing on the things that matter the most – behavior and asset allocation – while rounding out the edges with those up the pyramid (fees, stock selection and taxes) is how most investors should approach their investments and decisions.