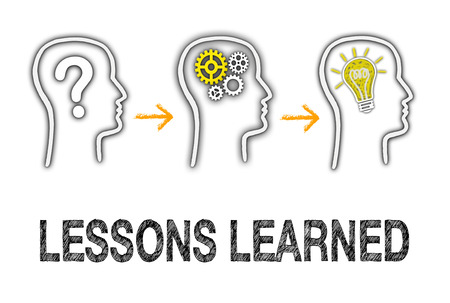 It’s been over a decade since the financial crisis that led to the deepest economic downturn since the Great Depression, one that pulled the financial rug—and jobs– out from under nine million people and led to foreclosures on approximately eight million homes.

Berkshire CEO Warren Buffett—who was born in 1930—appreciates the lessons learned by both events, so much so that in the hallways of his company’s Omaha, Nebraska headquarters he displays seven old copies of New York Times headlines that portrayed what he calls “days of extreme pain.” He says the vintage papers serve as a reminder that that “anything can happen in this world. It’s instructive art,” says Buffett.

The financial crisis left in its wake a variety of investing lessons, one of the more profound being that the biggest losers tended to be those who panicked into selling at the bottom of the market. But the wiring of the human brain renders panic difficult to overcome–a concept highlighted by market guru James O’Shaughnessy during a talk at Google last year when he told the audience, “We just can’t help ourselves.” Human nature, he asserted, conditions us to bolt when faced with fear or uncertainty. Back when the writing was literally on the wall, “the guy who ran away from the rustling bush,” argues O’Shaughnessy, was the one who survived and continued to evolve.

[Buffett and O’Shaughnessy are included in the list of market gurus—along with Peter Lynch, Benjamin Graham, Joel Greenblatt and others–that subscribed to this view and inspired the stock screening models we use at Validea.]

Here are some lessons learned from the last financial crisis in the form of do’s and don’ts for the individual investor:

Know your risk tolerance. The amount of risk you’re willing to take might be different than you think. While you might consider yourself a thrill-seeker and an aggressive investor, your reaction to losing money in your investments may reflect a different reality. To better understand your risk tolerance, consider your behavioral tendencies—such as what actions you’d likely take after experiencing a significant investment loss or what decisions you’ve made in the past when the markets took a turn for the worse. Being honest with yourself is the best way to build a portfolio that you’ll stick with, especially when the market takes a turn. One way to evaluate your risk tolerance is to consider the maximum drawdown of a portfolio in terms of dollar value, not percentage. For instance, you might think you could stomach a 40% decline, but if you have a portfolio of say $750,000 and 40% translates into a loss of $300,000, you might gauge the level of risk differently.

Stay the course, stick with your strategy. This follows logically from your assessment of risk tolerance, because if you understand how much risk you can stomach, you’re more likely to stick to your strategy when things get dicey. No strategy will beat the market every month or even every year. If that’s your goal, you might end up just jumping from strategy to strategy chasing returns or the hottest stocks–a recipe for buying high and selling low. If you think long-term (over a time horizon of at least five years), you’ll be better equipped to endure short-term underperformance and reap the rewards of a good strategy.

It may seem a lot easier to formulate an investment plan based on the assumption that you will remain steady if short-term losses occur than stick to it–particularly as the current bull market continues to plod along. This is a recurring theme in many of my articles and the cornerstone of our investing strategy at Validea: stick with a strategy through periods of not-so-good performance. This is what works in the long-run, if investors can remain level-headed and disciplined.

Focus on fundamentals. In a memo written last year, Oaktree Capital co-chairman Howard Marks argued: “Many of the most important considerations in investing are counterintuitive. One of those is the ability to understand that no market, niche or group is likely to outperform the others forever.” This is why it’s important to identify companies that possess strong underlying fundamentals that will support their operations despite inevitable market downturns. Over the long-term, the strategies that work best focus on basic, essential concepts that are at the core of good investing. By identifying efficient, financially solid firms with good growth and/or dividend payouts, we can acquire shares of those good companies at bargain prices.

Sell at a market bottom. Warren Buffett had this to say about this: “I never gave a thought to selling my farm or New York real estate, even though a severe recession was clearly brewing. And, if I had owned 100% of a solid business with good long-term prospects, it would have been foolish for me to even consider dumping it. So why would I have sold my stocks that were small participations in wonderful businesses?  True, any one of them might eventually disappoint, but as a group they were certain to do well.” Most bear markets are short (13-18 months on average) and by the time investors are selling, most of the decline is usually over. Selling takes paper losses and makes them permanent because, for most investors, it takes a while to get back into the market.

Let emotions take the wheel. It’s easy to get swept up in an exciting story surrounding a stock (and buy it) or get consumed by a negative story (and sell it). But doing so without first taking a look at the numbers can lead to ill-fated actions. Good investors don’t let hype influence their decisions. Emotional investing will get you into trouble since, typically, by the time you want to buy in most of the easy gains have been made and, conversely, once you decide to sell most of the damage has been done. Warren Buffett said, “If you’re emotional about investing, you’re not going to do well. You may have all these feelings about a stock, but the stock has no feelings about you.”

Successful investing is not about reinventing the wheel. The lessons we learned from the last bear market will be relevant during the next one. Understanding this and thinking through how you should and shouldn’t react during times of market upheaval can make a big difference in your long term wealth creation.

John Reese is founder and CEO of Validea.com and Validea Capital Management, LLC. Validea is a quantitative investment research firm and Validea Capital, a separate company from Validea.com, which maintains this blog, is a asset management firm offering private account management, ETFs and a robo advisor, Validea Legends and Validea Legends Income. John is a graduate of MIT and Harvard Business school, holder of two US patents and author of the book, “The Guru Investor: How to Beat the Market Using History’s Best Investment Strategies”. Follow John on Twitter @guruinvestor.