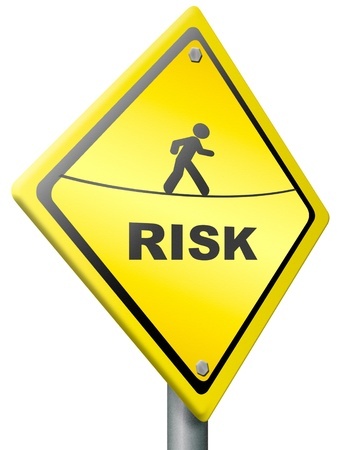 The waning days of August leave many parents looking forward to the start of school and many investors bracing for September, the month that is historically the worst of the calendar year for stocks.

Add the increasing uncertainty coming out of Washington and stock valuations that look increasingly overheated, and it’s enough for a few prominent investors to warn that a pullback is probably on its way.

That may not be a bad thing. The widely watched Dow Jones industrial average has hit more than two dozen record highs this year, blowing past 21,000 in March only to surpass 22,000 earlier this month. The broader Standard & Poor’s 500 index is inching toward 2,500.

The value investor Howard Marks of Oaktree Capital recently told shareholders things might continue on this way for a while, but that “it’s better to turn cautious too soon” rather than too late. And, he said, that time is now.

Why does he see things taking a turn? Asset prices are so high that prospective returns have slowed. Almost nothing can be bought above its intrinsic value, he said, and that means there are few bargains to be found. Investors have to shrug and settle for the least overvalued assets.

Even more telling, however, is the seeming widespread acceptance of the current state of the markets, Mr. Marks wrote. Investors are flocking to riskier assets to generate return in a still low-rate environment. The problem is rates are going to rise eventually and when they do, stocks will deflate.

Other prominent investors see dangers spilling into the market regardless of economic factors. Bridgewater’s Ray Dalio says growing internal and external political conflict are impairing the U.S. government’s ability to get legislation through that would reform taxes and health care.

“The emerging risks appear more political than economic, which makes them especially challenging to price in,” he wrote in a recent blog post on LinkedIn.

Mr. Dalio told investors that rather than betting on one outcome or another, the better approach may be to be “neutral” to such possibilities, which is to say remove risk and ride out the storm.

Many have pointed to the bond market as more alarming than the equity markets. Yields at historic lows are bound to rise, as some, including Alan Greenspan, have pointed to a bond bubble.

DoubleLine’s Jeffrey Gundlach said he is moving out of riskier debt and putting a big bet on stock-market volatility, buying options on the S&P 500 that will pay off big if the index falls, as he expects it to do in the next five to eight months.

But even he isn’t forecasting disaster.

The point being that all these star fund managers seem to be saying the same thing: What goes up comes down. For a long-term investor, ideas are going to work well and then fade over time. No market is likely to outperform the others forever, as Mr. Marks said.

Moving to less risky assets would seem to be the answer. When the markets are rising, such investments look boring compared with hot growth assets. But when markets are turbulent, they look smart.

Mr. Dalio suggests moving 5 per cent to 10 per cent into gold as a hedge, for example.

If gold isn’t your thing, you might take a cue from Warren Buffett and other successful investors. They have been moving money into financials, which would benefit from rising rates because they can charge a wider margin on loans.

Not everyone sees financials as a haven, however. Billionaire hedge-fund investor Dan Loeb told his own investors he’s soured on the so-called Trump trade that had given a boost to stocks of companies such as banks that would benefit from tax reform and reduced regulation, mostly because the Trump administration hasn’t gotten its agenda through yet.

But global growth is undeniable and no one has given up on that.

Here are some stocks that may be poised for gains based on recent moves by prominent investors:

Dow Chemical: Dow is about to finalize its merger with DuPont. Mr. Loeb is pushing for changes at the combined company he says could unlock another $20-billion (U.S.) more to customers. The stock fits our quantitative model tracking the style of investor James O’Shaughnessy, which points to its solid 2.8-per-cent dividend yield.

Bank of America: This would be a bet alongside Warren Buffett’s Berkshire Hathaway, which is poised to become the lender’s biggest shareholder after the conglomerate converts warrants to common shares in the last step of a shrewd crisis-era investment.

Hewlett Packard Enterprise: The stock scores highly on our quant model tracking the style of famed Fidelity Magellan manager Peter Lynch, who looked at earnings and growth trends. Profit margins for the enterprise computer software company are near decade-old highs.