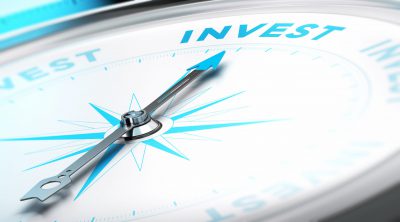 When active managers are struggling relative to their benchmarks, you will often hear the same description of the problem. They will talk about how the current period has been a rough one for active management, but things are about to change and we are moving toward a “stock pickers market” where the criteria they use to select stocks will begin working again. They will argue that active management will rise again and overtake index investing as the best way for investors to achieve their long-term goals. After a terrible period for active management since 2014, you are hearing many of those arguments now. I should know because I have made them.

But is a major theoretical problem with this argument – when you look at asset management as a whole, it is mathematically impossible for it to be true.

By definition, the sum of the before fee returns of all active managers must equal the return of the market. When everything is combined together, active and passive have the same gross returns. The reason active management loses over time is because of higher fees. In aggregate, the difference in return between active management and passive management will equal the difference in fees, which is currently somewhere around 0.6% on average.  If there was an investment vehicle that combined all the net returns of all active managers, it would be a terrible investment because its return would be guaranteed to underperform the market. Thankfully, that product doesn’t exist, because if it did, there would be someone on Wall Street trying to sell it.

Despite the fact that theory dictates that there is no time that is better to use active management than any other, in practice there is still some validity to the argument that there are good and bad times for active management. Part of the reason for that is that the investment vehicles utilized by most individual investors (mutual funds and ETFs) do exhibit certain biases relative to market-cap weighted index funds, particularly large-cap ones like those based on the S&P 500. These can lead to significant deviations in performance in any individual year or group of years.

To understand what those are, you first need to look at what the total US investable universe looks like. Most investors tend to follow the S&P 500, which includes 500 very large companies and weights them based on their market caps. The biggest companies count much more toward its performance than the smaller ones.

The total investable universe in the US (if you eliminate very small and illiquid stocks) consists of about 2900 or so companies, 80% of which are small and mid-cap. If you were to invest an equal amount in each of those stocks, you would get very different returns from the S&P 500 in any given year for two reasons. First, the S&P 500 only includes a little over 20% of that universe, so 80% of the stocks you hold would be different. Second, you would have an equal weighting in your portfolio vs. the market cap weighting of the S&P 500. That makes a huge difference. For example, Microsoft, Apple, Amazon and Facebook currently comprise over 10% of the S&P 500, but they would only comprise 0.15% of your theoretical equally weighted portfolio of all stocks.

This is one of the major differences between the funds and ETFs commonly used by individual investors and the market. Active managers tend to select from a much larger universe and they tend to weight their holdings either equally or based on what they believe the merit of each position is.

If you look at the Russell 2000 (via the IWM ETF) against the small-cap universe, you see a similar story.

In both cases, there is a lot of variation in how well active managers within the fund space perform year to year. And particularly bad periods are typically followed by better periods just because of mean reversion.

The average stock has underperformed the S&P 500 by a wide margin in three out of the last four years. That is a recipe for underperformance for active ETFs and mutual funds, and that is exactly what we have seen.

The average stock has also struggled against the S&P 500 over the past decade. In the past ten years, the S&P 500 is up 94.3%, while the Value Line Geometric index is up 32.8%. That is a huge problem for active managers who select from an all stock universe, and it is a major reason why the performance of active funds has been so bad. When the largest stocks are tripling the average stock, that is just too tall a hill to climb.

Over time, however, a market-cap weighted index does not beat the average stock. In fact, any weighting you use on a portfolio that breaks the link with price tends to produce superior returns. The reason is that market-cap weighted indices hold bigger and bigger positions in stocks as they go up more and more, which is the opposite of what you want to do to produce the best long-term returns. So what has gone on in the past decade is not likely to continue and mean reversion is likely, although timing when that will happen is impossible.

Another important point to understand is that when we say that the return of active management is the same as the market return gross of fees, we are talking about an asset weighted return of all active managers, meaning that the largest funds count the most. A fund like the Fidelity Contrafund with $90 billion in assets will count more than many small funds combined. And those larger funds tend to invest in larger stocks because they have to. As a result, their return streams look more like the market. But as an individual investor, you have many much smaller funds to choose from. Even if an asset weighted total return of active management doesn’t do well, there are certainly opportunities within the fund space as a whole.

On balance, there is no question that passive management works best for most investors. In aggregate, it produces better returns and because it doesn’t deviate from the market as a whole, it is easier to stick with. But like all trends in investing, the passive trend may have gotten ahead of itself, driven by an abnormal period where large stocks were driving returns. That could produce an opportunity for active management going forward, and patient investors who can stay the course over the long-term may want to give active strategies another look.