Harvard University’s endowment fund was once the envy of its peers–with average annual returns of more than 14% per year from 1990 to 2005—but the party has come to a chilling end since, with average gains over the last ten years falling to the second-lowest in the Ivy League. This according to a recent article in The Wall Street Journal.

The esteemed institution has since hired N.P. “Narv” Narvekar, to turn things around. He’ll be the endowment’s fourth chief executive in a decade, and will earn a whopping $6 million per year, guaranteed for three years.

The changes underway are some of the most dramatic among the world’s wealthiest endowments. Historically, Harvard had maintained an internal hedge fund and invested in external hedge and private-equity funds, but when the internal team suffered losses of $200 million last year, a shake-up ensued.

Under Narvekar’s leadership, Harvard Management Co. staff, which will be cut in half, will be instructed to shift from a specialized to a generalist approach to decision-making. Narvekar has delivered the same directive to its outside money managers, the article says, “pitting private-equity funds, for example, against other types of investments.”

The article characterizes such an approach as a “repudiation of an investment framework used by countless pensions and other institutional investors that encourages deep expertise in narrow specialties.” But Narvekar, it seems, believes desperate times call for desperate measures.

Citing a January letter in which the new chief executive outlined changes to the endowment, the article quotes Narvekar: “We must evolve to be successful, and we must withstand the associated  growing pains to achieve our goals.” 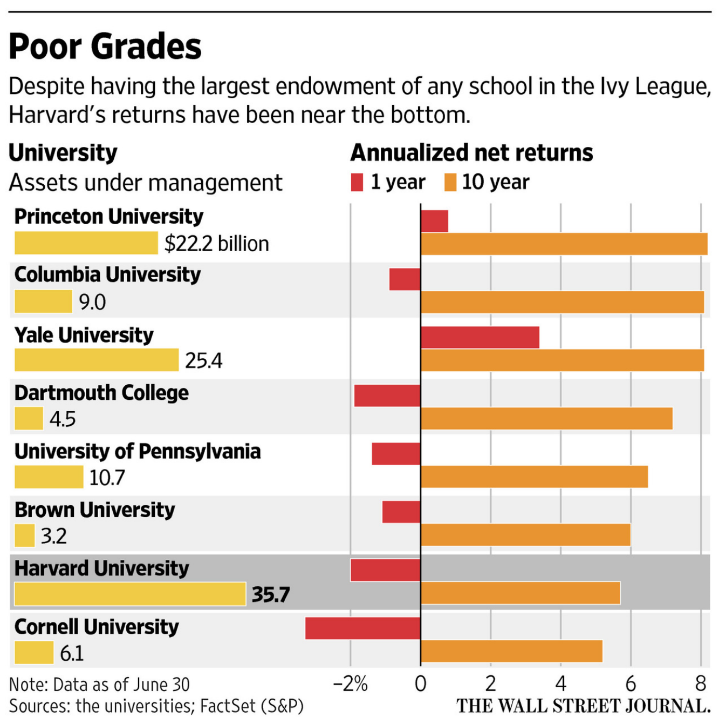