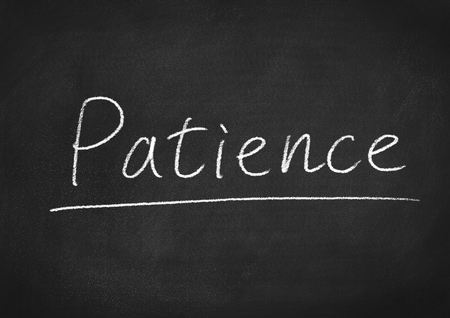 “In investing, what is comfortable is rarely profitable.”

Wall Street has become an incredibly difficult place for anyone to get an edge.

With technology taking over the market, any small mispricing is typically corrected very quickly. And talent within the industry is also as good as it ever has been. Over 17,000 people were awarded CFA charters following the most recent exam. That is more than double what it was 10 years ago and triple what it was 20 years ago. The result is that outperforming the market has become incredibly difficult.

To get an edge in investing, you can do one of three things. First, you can have more or better information than other people. But given the rapid flow of information and the fact that thousands of very smart people are trying to gain an informational edge every day, this is next to impossible.

Second, you could try to analyze information better than others do to identify opportunities others don’t see. This one is a little more possible, but also very difficult. There are large numbers of PhDs armed with supercomputers analyzing massive amount of market data every second. What are the chances you can do it better than they can?

So what can an investor do facing these long odds? The simple answer is to index. And investors have been doing exactly that in very large numbers. Not only is indexing very inexpensive, it also typically produces better returns when compared to active managers. So the decision is (and should be) a no brainer for most investors.

But whether you index, use an active manager, or pick stocks yourself, you can still do one thing that will give you an edge over the majority of other investors out there. This edge is not difficult to implement (at least in theory), and it takes no effort. In fact, the less effort you put in, the better the edge gets.

What is it? It’s very simple – patience.

As I discussed in my last column, investors typically underperform the mutual funds they invest in for one major reason. When stocks are up, they typically expect the gains to keep coming and buy more. And when stocks are down, they panic and sell. Patience and discipline are the factors that will prevent that from happening. So although it sounds simple and basic, it is the most important investing edge out there.

In his book Heads I Win, Tails I Win: Why Smart Investors Fail and How to Tilt the Odds in Your Favor, Spencer Jakab, illustrates this point perfectly when discussing investor performance during Peter Lynch’s run managing the Fidelity Magellan Fund.

So investors cost themselves 22% per year by making the wrong decisions about when to buy and sell the fund.

When you follow a truly active strategy, the odds are that you will experience periods of 3+ years where you underperform, and that underperformance can be substantial. And you need to stay the course during those periods for the strategy to work. For example, if you invested with a manager who focuses on small-cap value stocks in 2007, you are likely not very happy with your results. Over that period the market returns have largely been driven by large-cap growth stocks and small-cap value has struggled.

But is that a sign that investing in small stocks and value stocks no longer works? Not at all. The opposite is true. Over the long-term, value stocks tend to outperform and small-caps tend to outperform (although that effect has been much lower in the last few decades). What it is a sign of is that all strategies go in and out of favor. And no matter what strategy you use to invest as an active investor, you will see long periods where it just doesn’t work. What you do during those periods will determine your long-term success.

For most people, the single point of failure of passive investing is hard enough. When you couple that with the risk of abandoning an active strategy at its worst point, it becomes too much, and that is why most people should index. But in both cases, you can get an edge over most individual and professional investors just by doing nothing. And regardless of how much technology improves or how many smart people flock to Wall Street, that edge will always remain intact. Because no matter how much things change, the market will always go down at times, and strategies will always go through periods where they don’t work. How you act during those times is what gives you an edge.

So when you hear people say there are no more edges left on Wall Street, don’t believe them. The most important edge will always be there, and the greatest part about it is it doesn’t take a team of PhDs to implement. It just requires controlling your emotions and focusing on your long-term goals. If you can do that, you stand to maximize your returns over the long-term.

We hope you enjoy this new series and find it helpful in your investing. If you would like a notification when new posts are released, you can follow me on twitter at @practicalquant.