Research shows that the effect presidential elections have on investment decisions is based primarily on whether or not an investor’s favorite candidate wins or loses. In a recent Wall Street Journal article on the subject, Mark Hulbert says that this takes precedence over, for example, the projected economic affects related to one candidate over another.

“If their favorite ends up in the Oval Office,” Hulbert writes, “they will tend to be more confident about the market and take on more portfolio risk.” He argues, however, that “going with an unexamined gut instinct can lead people to make bad moves.”

The research comes from studies of political impact on investor behavior from 1991 through 2002 (a period that encompasses three election cycles) based on Gallup trading activity data of more than 60,000 individual investors. Researchers found that both Republican and Democratic voters allowed their political beliefs to influence their investments choices, and the pattern has intensified since 2000.

The behavior extends to investment professionals as well (based on research using publicly reported campaign contributions). In the months leading up to the 2000 election, for example, Democratic managers invested more heavily in stocks that “supposedly would benefit if Mr. Gore were to win” with a corresponding pattern demonstrated by Republican managers.

The upshot, according to researchers, is that “objectivity is difficult to maintain when we’re gripped by partisan fervor.”

Perhaps these findings only underscore the notion that political opinion is a subset of many emotions affecting investor objectivity. Hulbert says, “We probably shouldn’t have been surprised by these findings given the extensive research in the fields of psychology and other social sciences that document the difficulty of being truly objective in any area of life. Why should investors not face the same difficulties?” 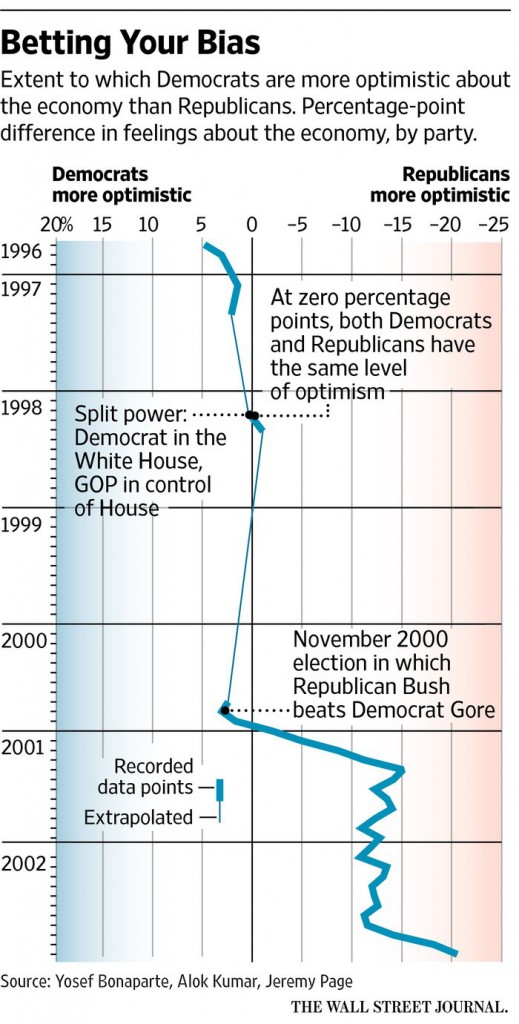