Quantitative hedge funds—that use mathematical algorithms to effect trades—are becoming increasingly popular, “reflecting in part a long run of underwhelming performance and expensive fees across the broader industry,” according to a recent article in the Financial Times.

“Now,” the article says, “the widening access to faster and cheaper computing power, coupled with an explosion of new data sources like satellite images, internet chatter and online commerce, has encouraged a new wave of scientists and programmers to turn their expertise towards financial markets.” 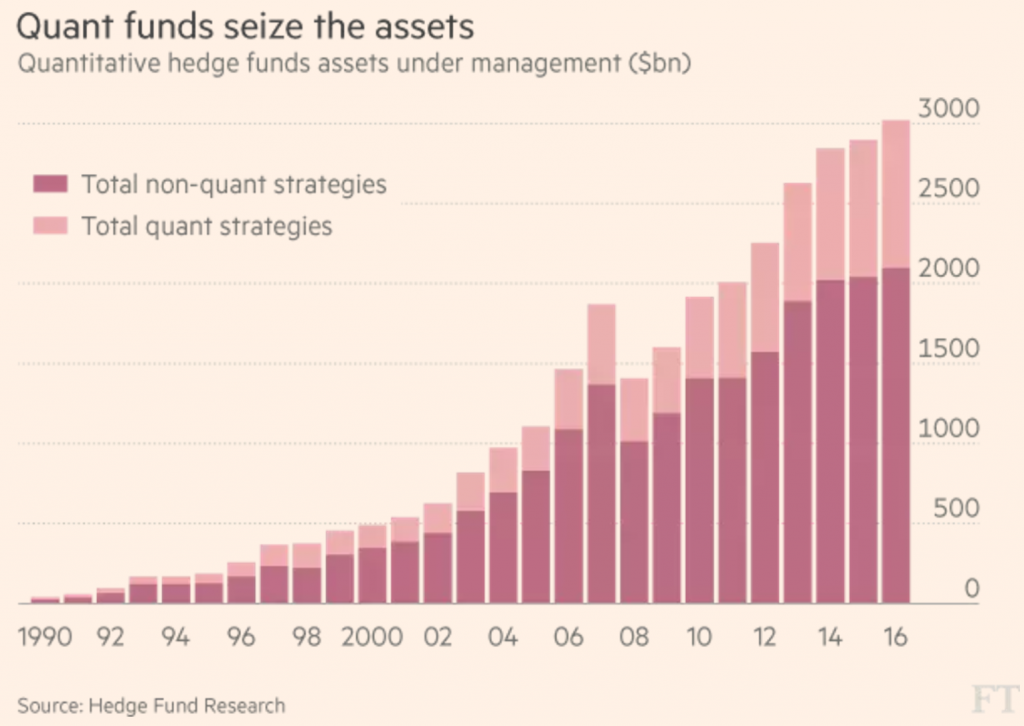 According to Barclays research, the article says, assets managed by “quant” funds have doubled over the past decade to a record $500 billion.  While data firm Prequin claims that new hedge funds (with assets of $300 million or less) have outperformed the broader industry since January 2012—the data represents all new hedge funds, not just quants.

“Many of these start-ups will clearly fail,” the article says, “but even some of the hedge fund industry’s biggest stars think this is where the wind is blowing.” That said, it points outs that although data and technology costs have decreased significantly, “they are still pricey to shoulder without any institutional backing—which is still tough to get.”