Anthony Ledford, chief scientist at U.K.-based investment management firm Man AHL, has mixed feelings regarding the hype around quantitative models and their potential impact on the hedge fund industry. In a recent Bloomberg article, Ledford (who holds a Ph.D. in mathematics) says, “There is some real science here, but it’s not the way it’s been portrayed. Some of it is really marketing, and that’s the bit that annoys me.”

The article asserts that the recent move by hedge funds to boost poor performance by using quant strategies has “collided with a sober reality. The technology….requires a heavy commitment of time and money and a high tolerance for failure, since most algorithms turn out to be duds.” 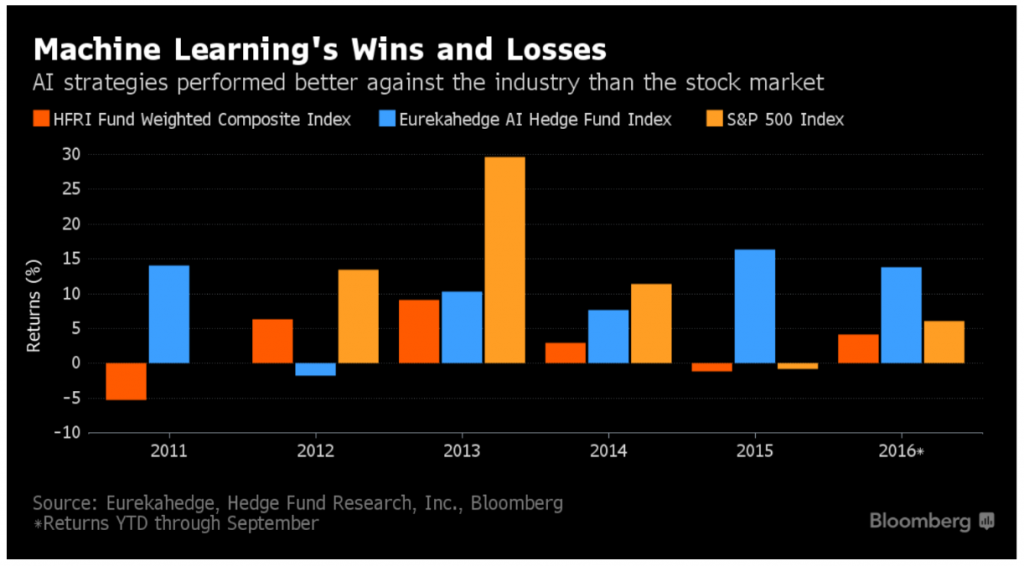 Algorithms can analyze huge amounts of data to find unusual patterns that could serve as signals for fund managers. However, some skeptics believe that finding signals worth betting on is equivalent to finding the “holy grail.” Douglas Greenig, a Ph.D. in mathematics who started quantitative hedge fund Florin Court Capital, says most of the discussion is a “bunch of hokum. When people talk about machine learning, I suppose it’s 65 percent a marketing gimmick and 35 percent substance. But that 35 percent can be very good.”

Ledford met resistance when he initiated the quantitative research effort at Man AHL, but he and his team were eventually able to overcome doubts as their strategies began to produce returns. Then, Ledford says, the fund allocated “hundreds of millions of dollars in client money to it.”

Greenig says, “a good trader will still usually outperform an algorithm in a single market. But the technology does have one major advantage; it can look for patterns across hundreds of markets while humans can manage only about a dozen positions at a time.”