In an effort to make sense of today’s political landscape, billionaire Ray Dalio recently published a paper examining the history of populism, according to a recent Bloomberg article. The paper concludes that “global populism will be an economic force more powerful than monetary and fiscal policies over the next year.”

The founder of Bridgewater Associates argues that populism is now at its highest level since the late 1930s, and has created the Developed World Populism Index—a weighted index of “the share of votes received by anti-establishment parties or candidates in national elections for major developed countries since 1900.”

According to the article, the paper’s premise is that populism is often spurred by “gaps in wealth and opportunity, as well as xenophobia and frustration with government inefficiencies,” a notion supported by Dalio’s comment at the recent World Economic Forum that increased populism threatens multinational corporations.

Initially bullish on Trump, Dalio saw the post-election stock market rally as evidence that the new administration was determined to effect major change in economic and foreign policy. But the billionaire investor shifted his view earlier in the year, according to the article, as he grew increasingly concerned that the “damaging effects of his policies could overwhelm the benefits of the pro-business agenda.” 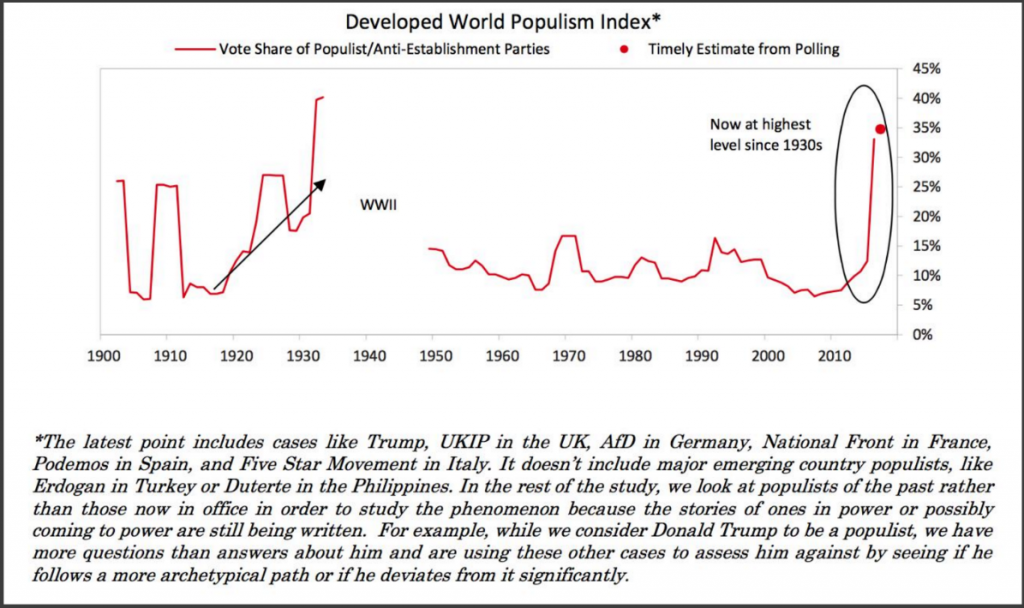