A CFA Institute article poses the question: does the long run of growth stock outperformance suggest that value stocks must be due for an uptick?

Although growth stocks have outperformed value since the end of the financial crisis, the article notes, the data could be misleading because of the “selective and short-term nature of the time frame.” If you look back to the bursting of the tech bubble in 2000, it argues, a different scenario emerges: 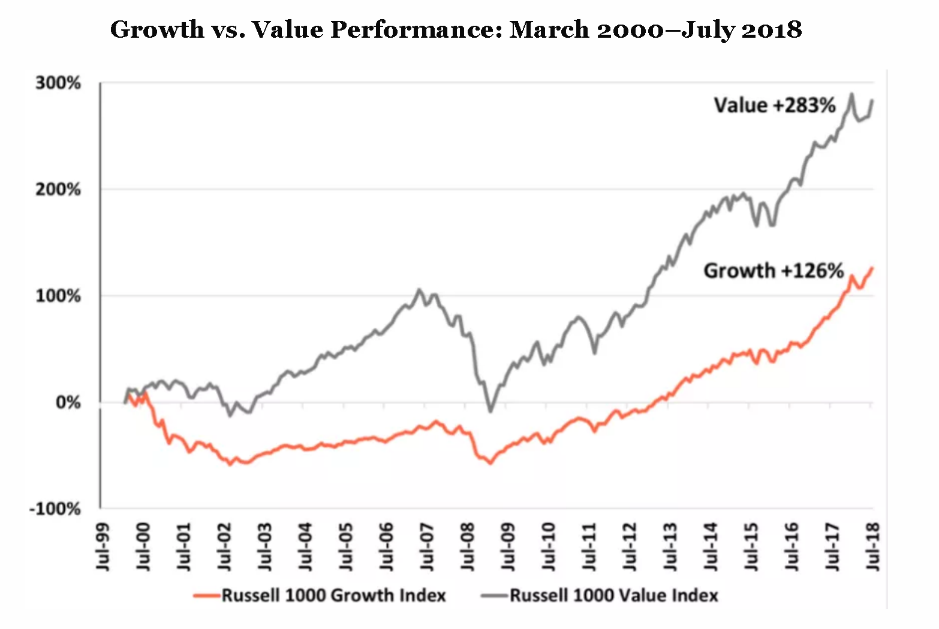 It notes, however, that even though the data is interesting, it doesn’t “offer much insight into the likely future returns of value and growth stocks,” suggesting that a better approach is to look at valuations. Specifically, it says, “how unusual early 2009 was in terms of relative valuation. Growth stocks were selling at valuations that were roughly comparable to those of value stocks.” 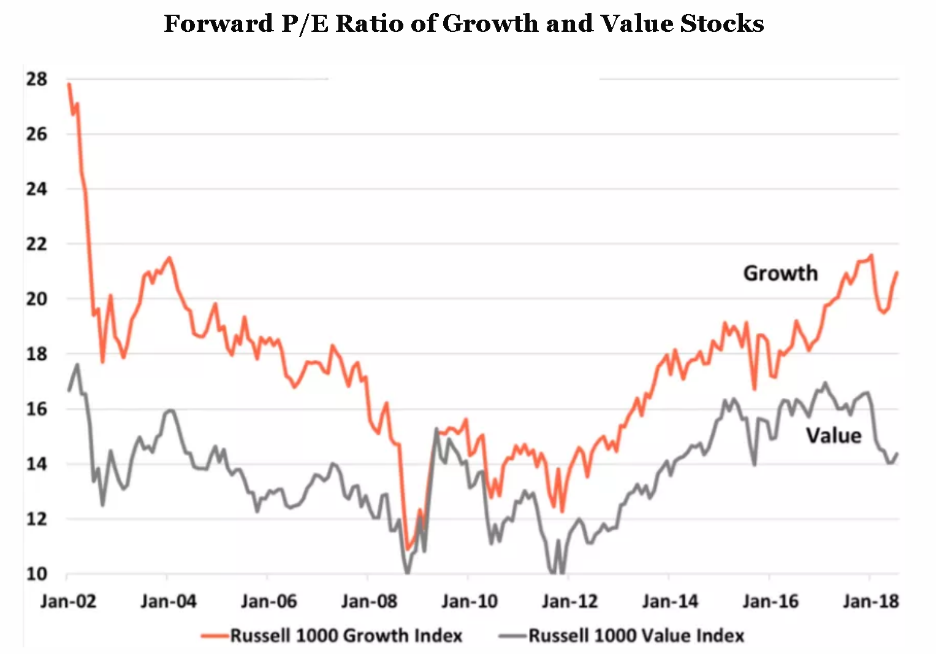 The article cites the relative performance (between January 2009 and July 2018) of the Russell 1000 Growth and Value Indexes of 84% and 30%, respectively, adding that it is the result of both the low valuations of growth stocks at the beginning of the period and their strong earnings growth. However, it argues, “an important question remains: Since growth stocks sell at a forward P/E multiple of 20.9 compared to 14.4 for value stocks, is the size of the valuation gap justified?”

Using a dividend discount model, the article illustrates that, “by comparing the estimated fair forward P/E ratios, we find that growth stocks look overvalued relative to value stocks even after taking their superior growth rate into account.”

The conclusion: “Although a significant proportion of growth stocks’ recent outperformance is justified, there is a legitimate case for favoring value stocks over growth stocks at this time.”