Outside the U.S., there may be some credence in the saying, “sell in May and go away,” according to a recent article in Bloomberg.

“A look at 30 years of data across a variety of assets and geographies shows that while American stocks tend to show positive returns over the May-to-mid-September period, those in Asia and Europe don’t.” 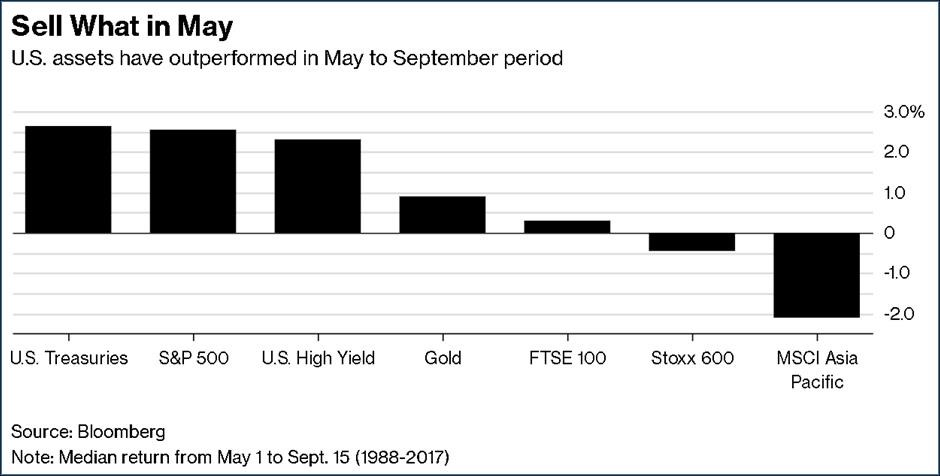 According to Bloomberg calculations, the article reports, the 30-year average return of the MSCI Asia Pacific Index from May 1 to September 15 was negative 1.2 percent, while the S&P 500 returned 1.2 percent over the same period. “Not stellar,” the article says, “but not necessarily a reason to sell at the start of the summer either.”

Data reflects that the summer months offer risk aversion for investors in other asset classes, the article reports, citing gains in Treasuries and gold. It also points out that, for example, investors who sold in May 2003 would have “missed out on a whopping 30 percent gain” but would have also “avoided a lot of red.”

“While just 10 of the last 30 years showed negative returns for American investors, selling in May would have saved Asian investors from losses 19 times and European traders 16 times.”

Seasonality Sell in May