Sweden is experiencing a huge decline in the use of cash, a situation that is starting to worry the country’s authorities. This according to a recent article in Bloomberg.

“Sweden is widely regarded as the most cashless society on the planet,” the article reports, adding that most of the country’s bank branches have stopped handling cash and many shops, museums and restaurants now only accept plastic or mobile payments. “But there’s a downside,” the article says, “since many people, in particular the elderly, don’t have access to the digital society.” 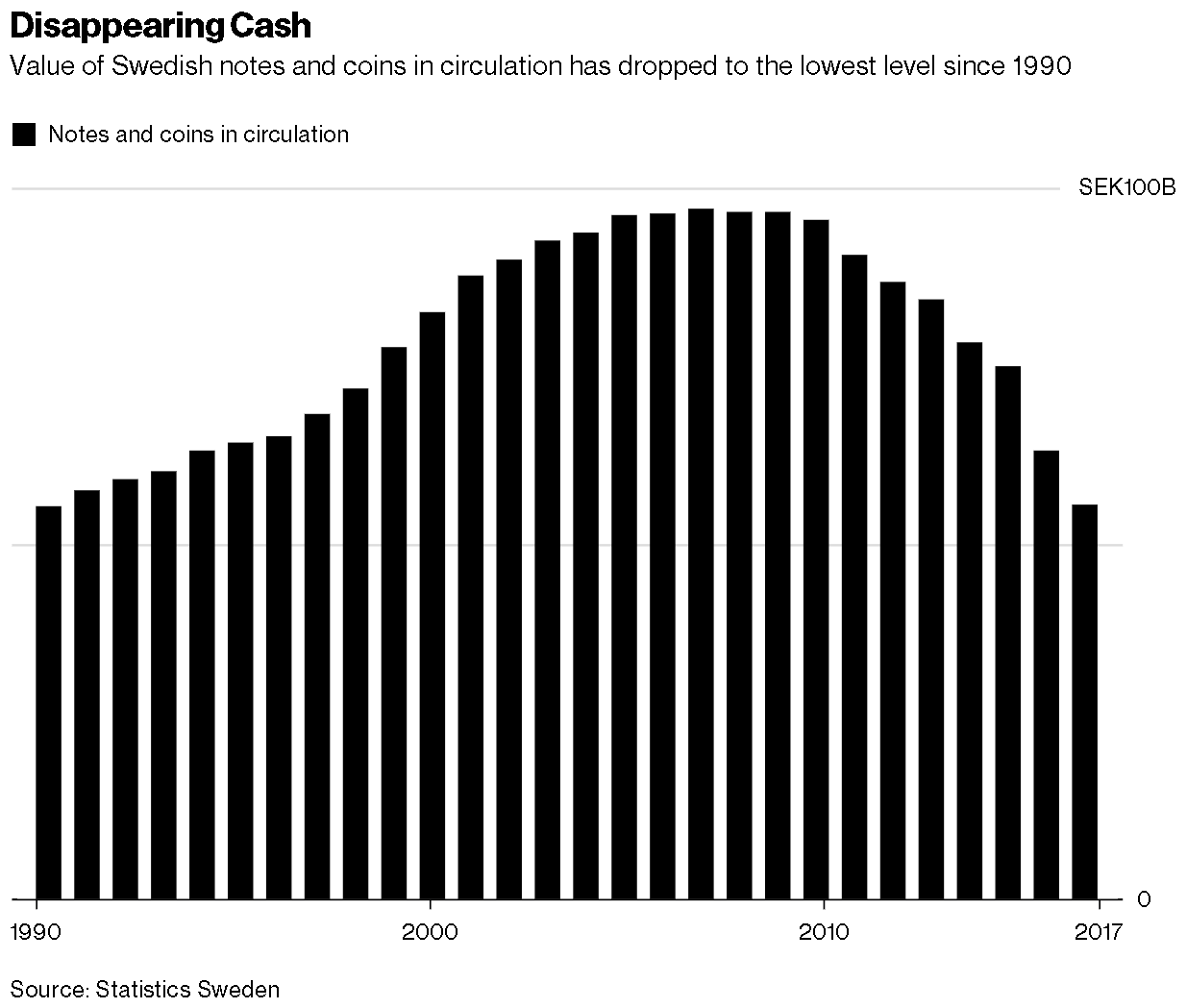 A survey released last month by Insight Intelligence found that “only 25 percent of Swedes paid in cash at least once a week in 2017, down from 63 percent just four years ago. A full 36 percent never use cash, or just pay with it once or twice a year.”

Mats Dillen, head of the parliamentary review team evaluating the situation, says: “If this development with cash disappearing happens too fast, it can be difficult to maintain the infrastructure” for handling cash. According to Bloomberg, Sweden’s central bank is considering adopting an official form of digital currency (an “e-krona”).  According to the article, “A final proposal isn’t expected until late next year, but the idea is that the e-krona would work as a complement to cash, not replace it completely.”